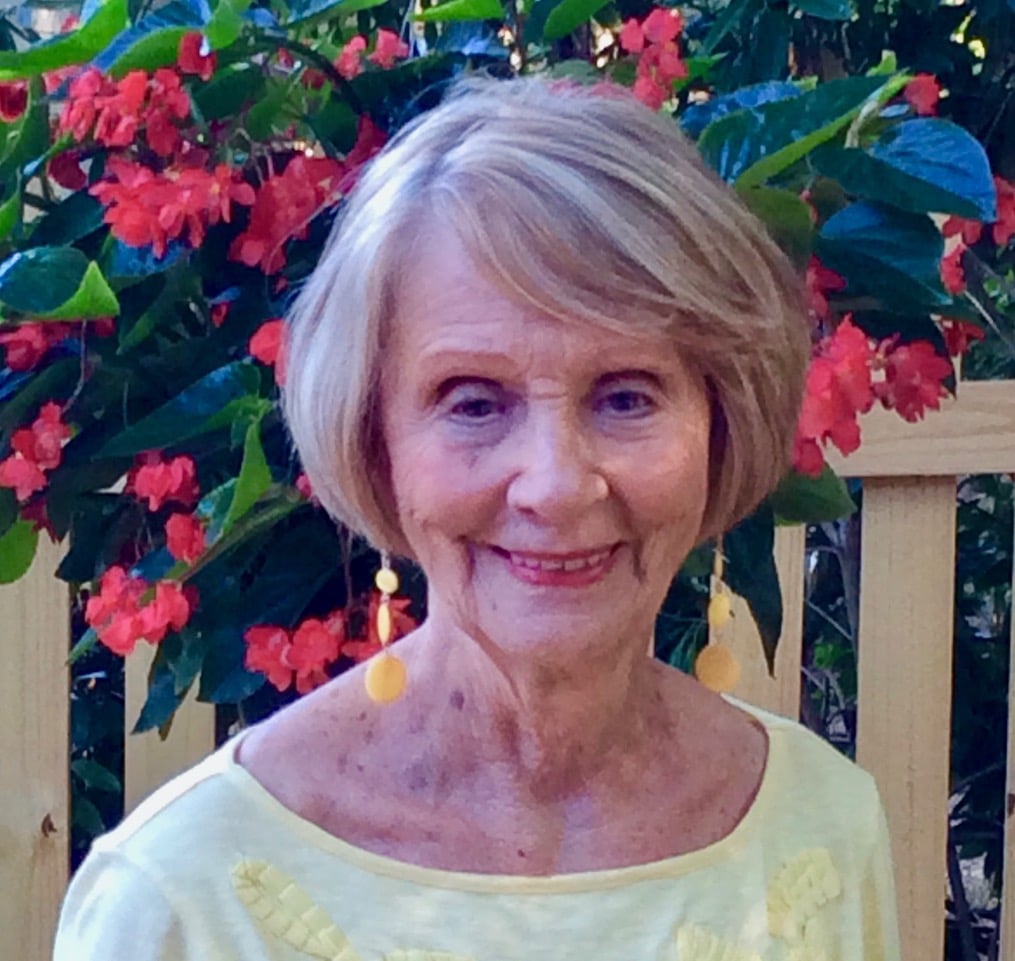 She was born February 1, 1935 to Edwin and Francis Plate in Marysville, Ohio. The family moved to Ashtabula County when she was a young girl, where she lived for over 40 years. She went to Ashtabula High School and graduated in 1953. After high school, she married Thomas Weiss and they had two sons, Stephen and David. In the late 1980’s she and her then husband David Maunus relocated to Charlotte, NC and later to Birmingham, AL For the last 22 years she has lived in the Atlanta area close to her family. She met her current husband, Walter Jestings during this time and they resided in Suwanee, Georgia.

She enjoyed volunteering at her church and the local hospitals over the years, traveling and spending lots of time with her family and the many great friends she had. She attended North Point Community Church in Alpharetta, Georgia.

She was preceded in death by her parents, Edwin and Francis Plate; husband, David Maunus and a son David Weiss. She is survived by her husband, Walter Jestings; son and daughter-in law, Stephen and Shari Weiss; and two grandsons, Aaron and Brandon Weiss.

In lieu of flowers, a memorial donation can be made to St Jude Children’s Research Hospital in her honor. A memorial / celebration of life will be held at North Point Community Church in Alpharetta, Georgia and will be scheduled at a later date.