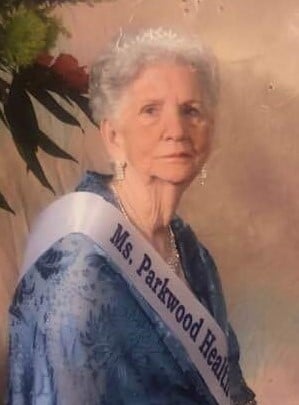 Peggy Joyce Welch was born March 13, 1932 in Troy, Alabama to the late Eva Mae Phenix and Alex E. Phenix. In her youth, family and friends would describe Peggy as a pretty, fun-loving girl. She adored her family and spent her entire life with her family near. She was a hardworking woman from a young age and worked at a variety of places throughout the years. In 1951, she married the love of her life, Bennett Welch. Together they raised two children and were married until his passing in 2004. She was a devoted member of Calvary Baptist Church in Columbus, Georgia for many years until her health began to fade. During her time at Calvary, she assisted in the nursery and volunteered with the assisted living program, which she enjoyed. In her spare time, she enjoyed sun bathing, swimming, and spending time on the beach. Most of all, she enjoyed spending time with her family especially her beloved grandchildren and great-grandchildren.

Peggy Joyce Welch, 87, of Phenix City, Alabama passed away on September 21, 2019 at Columbus Hospice. She is preceded in death by her parents, husband, and siblings, Joseph Phenix and Agnes Martin.

A Memorial Service will be held 3:00 pm on Tuesday, September 24, 2019 at Calvary Baptist Church in Columbus, Georgia.

In lieu of flowers, donations may be given to Columbus Hospice.

The Welch family is being assisted by Georgia Cremation, 7500 Veterans Parkway, Suite A, Columbus, Georgia 31909, 706-577-0055. The family invites you to leave a condolence or share a fond memory below.