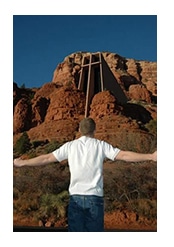 Trent was born Saturday, May 28, 1988 in Glendale, Arizona.  Being a father to his two daughters was “The best thing he ever did.” and was the thing he loved most in life.  He enjoyed skateboarding with his brother, Andrew.  Once winning a national competition and receiving a board presented by Tony Hawk as the prize.  Trent enjoyed the mission trip with Randy Little to Brazil.  He worked and volunteered with Don Galli in New Orleans after Hurricane Katrina.  Trent loved both of his brothers; Andrew and Nicolas; and especially the time they shared growing up in Maui at Baby Beach.  He was self proclaimed  to be the “World’s Biggest Momma’s Boy” , who loved his Mom and Grandma dearly.

In lieu of flowers, donations may be made to two accounts established at Chase Bank to benefit his daughters, Sarah Peterson and Lillian Peterson.  Georgia Cremation 3116 U.S. Highway 23, Duluth, GA 30096 is assisting the family with local arrangements.  Messages of condolence may be made or viewed at www.GeorgiaCremation.com.