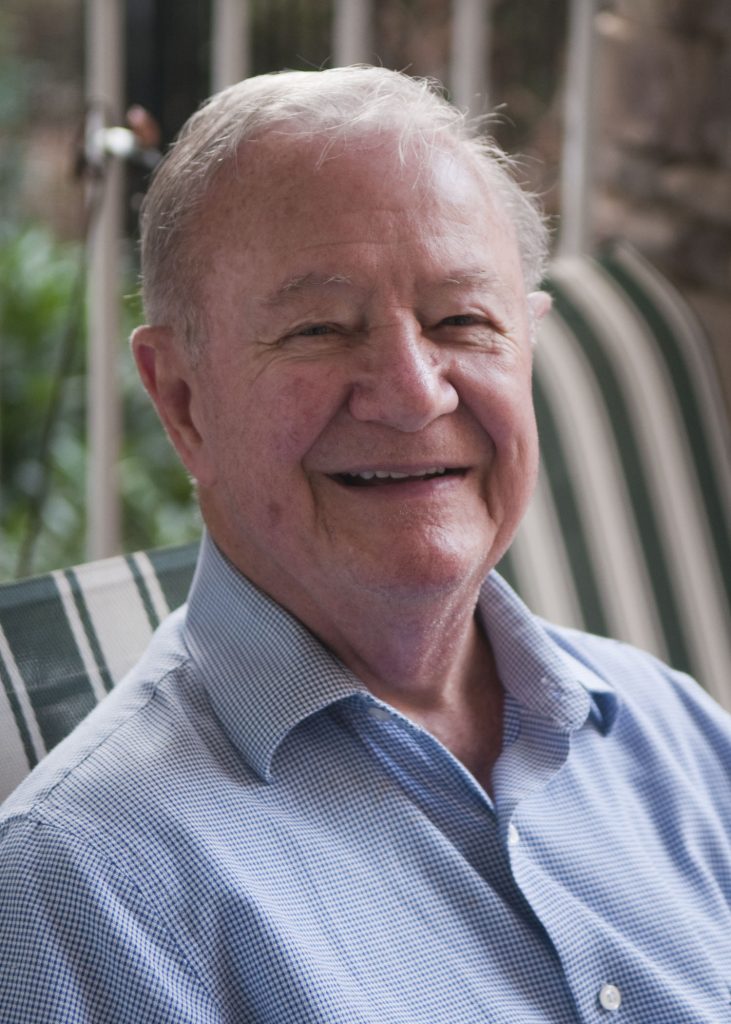 Ray Warner Dollar, 91, of Decatur, Georgia, was born in Grady County, Georgia, on January 9, 1927. He was the third child of the late Mr. and Mrs. W. L. Dollar. His two older siblings, William Herman Dollar and L. B. Dollar, preceded him in death.

Ray attended Cairo High School where he lettered in football, playing quarterback. Following graduation from high school, he enlisted in the Navy, where he remained until the end of WW II. Ray then attended North Georgia Military College as an ROTC cadet before being commissioned into the Army during the Korean War. After his discharge, he graduated from the University of Georgia with a degree in physics. He taught high school math and coached in Whigham, Georgia, before moving to Atlanta to work for Lockheed. Later, he worked for Warner Electric Company where he was transferred to Pasadena, California. He eventually left Warner and started his own business in 1970.

Eventually, after moving back to Atlanta, Ray met his future bride, June Cowley. The two were married in May of 1961 and reared three boys. Ray and June lived in Gwinnett County with their children from the 1970s through the 1990s. They later moved to the Decatur community to be closer to their children and grandchildren.

Ray was an elder at Good Shepherd Presbyterian Church during his time there. He was very involved with the Men’s Ministry both there and at his current church, Decatur Presbyterian. His love for the Georgia Bulldogs was rivaled only by his love for family. He and his wife looked forward to their trips to the beach with their grandchildren. He was a wonderful storyteller and enjoyed keeping the family history alive with his entertaining anecdotes.

Ray passed away at his home in Decatur, Georgia, on January 6, 2019. He was preceded in death by his beloved wife, June Cowley Dollar. Ray is survived by his children, David and Maile (spouse), Donald and Daniel, and his grandchildren, Ben, Jack, Ryan, Malia, William, and Andrew.

A memorial service will be held at Decatur Presbyterian Church on January 16 at 2 pm. Georgia Cremation 3570 Buford Highway, Suite 202, Duluth, GA 30096 (678)584-0914 is assisting the family with local arrangements. Messages of condolence may be made by visiting www.GeorgiaCremation.com .