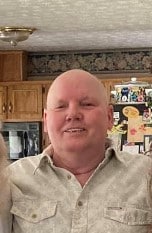 Mr. Wright was born July 4, 1959 in Butler, GA the son of Raymond R. Wright, Sr. and Frances Yvonne Geter Wright. He grew up in Talbotton, GA and worked 42 years as a Rod Buster in the construction business. The last eight years, Mr. Wright worked as a co-manager at the Opelika, AL Piggly Wiggly. Mr. Wright was an avid Georgia Bulldogs fan as well as the Atlanta Braves and the Atlanta Falcons. He also enjoyed riding motorcycles and spending time with his grandchildren. Mr. Wright was preceded in death by his parents; his son, Anthony Wright; his sister, Linda Henderson; his brother, Billy Wright and his grandson, Michael Huckelba.