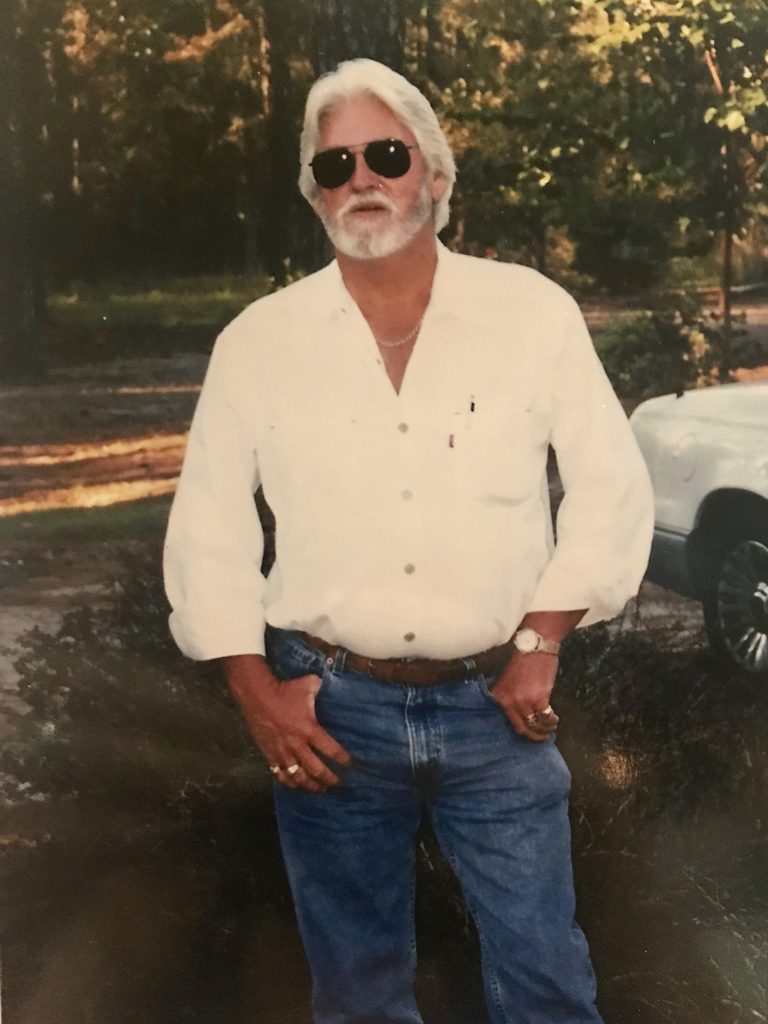 Richard “Dick” Moseley was born to a pioneer family in Orlando, Florida, on March 6, 1942. He was the son of Dolly Tinsley and Emory Moseley, and raised by his grandparents Lina Mae and Oscar Smith. Dick was the older brother to Bobby, Dale, and Cheryl.

On New Year’s Eve 1960, he married the love of his life, Judy D. Odom. Ten years later, they moved to Plant City, where they raised their three children Tammy, Rick, and Jennifer. After a career in the heavy equipment business, he and Judy retired to a farm in southwest Georgia where they enjoyed tending to their garden, chickens, and grandkids.

Dick Moseley was a beloved husband, father, and grandfather who lived a fulfilling life with his big, rambunctious family, strong friendships, and joy gained from taking care of people. He and Judy set an example for their children and grandchildren of how to live a life of love on a daily basis. Dick was a hard worker and a dependable man who was also tender-hearted and cared about the wellbeing of others, including total strangers. When Dick was asked what he wanted to do for his 74th birthday, he said he wanted to be in a civil rights march for racial equality. So, he and his family drove to Selma, Alabama to walk across the Edmund Pettus Bridge with Rep. John Lewis on the anniversary of Bloody Sunday.

Dick also believed that life was meant to be enjoyed. He loved to tell jokes and play pranks on people. His laugh – an unrestrained giggle that would often turn into a full-blown belly laugh – is a sound that will continue to warm the hearts of those who knew him. One of Dick’s favorite pastimes was sharing a good meal with loved ones. As much as he loved the food itself, a meal was never just about eating. It was a chance to sit down, savor the flavors, and appreciate life.

Dick loved to tell stories. He had one for every audience and occasion, and he would tell them around one of his famous “magic fires,” from his rocker on the back porch, or even in the middle of the grocery store aisle. It was a way of making people laugh, cheering them up, or making them stop and think. Either way, it always made a connection.

The world became a better place the day Dick Moseley was born, and even now that he is gone, he will continue to have a positive impact through the friends and family that he loved. There will always be something that makes us think of him and say, “That reminds me of a story…”

Dick Moseley passed away at home on Friday, December 20, 2019, surrounded by his family. He is survived by Judy, his wife of 59 years; his sisters Dale and Cheryl; his children Tammy, Rick, and Jennifer; his grandchildren Jake, Luke, and Haley; their spouses and loved ones; as well as countless “honorary grandkids” spread across the world from Florida to India.

To honor Dick’s wishes, there will be no funeral, but a memorial celebration will be held at a later date. In lieu of flowers, the family has asked that donations be made to the John B. Amos Cancer Center in Columbus, Georgia by clicking on the following link and selecting the Amos Center in the “designation” field. (https://www.piedmont.org/locations/piedmont-columbus/foundation-columbus/donate)

The Moseley Family is being assisted by Georgia Cremation, 7500 Veterans Parkway, Suite A, Columbus, Georgia 31909, 706-577-0055. The family invites you to leave a condolence or share a fond memory of Mr. Moseley below.