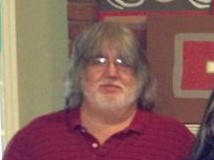 Richard L. Lee, known to most as “Ricky,” was born September 11, 1953 in Phenix City, Alabama. He was the oldest child, and only boy, of Doris Bryan Lee and James L. Lee. Ricky was always an avid reader, enjoying western and mystery novels. His love of reading stuck with him throughout his life. He was a fan of western and country music, especially when Hank Williams, Jr. came on the radio. Ricky left high school to pursue a career in the local mill, which was short lived when he decided to join the military instead.

Ricky joined the United States Army and served his Country with great honor for four years. During his time in the military, Ricky obtained his G.E.D. and was trained as a heavy equipment mechanic. He served in overseas in Germany during the Vietnam War. After his separation from the U.S. Army, Ricky began driving trucks for a living, which he enjoyed for thirty plus years until his health would not allow. He enjoyed travelling and seeing different parts of the country. He enjoyed fishing in his later years and loved animals, especially his bulldog that was rehomed in the last few years. His favorite pastime was spending quality time with his family, especially his great-nieces and nephews.

A graveside service will be held 10:30am, Friday, February 1st,  2019 at Ft. Mitchell National Cemetery with Military Honors.

In lieu of flowers, memorial contributions may be given to Upatoi Baptist Church.

The Lee family is being assisted by Georgia Cremation, 7500 Veterans Parkway, Suite A, Columbus, Georgia 31909, 706-577-0055. The family invites you to leave a condolence or share a fond memory of Mr. Ricky Lee below.