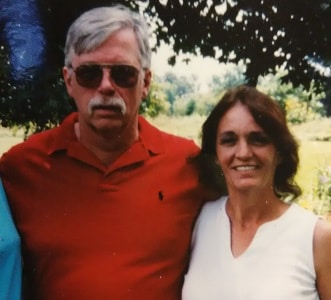 Bill, as he was best known, was born November 18, 1947 in Maquoketa, Iowa the son of Robert F. Rupp and Charlene Myers Rupp. Bill was a retired associate production manager with Dolly Madison Bakery and had been in the industry for many years. He was a U. S. Navy Veteran having served as a Cook during the Vietnam War Era. Prior to Bill’s illness, he enjoyed playing golf and being with his family and friends. After his illness, he spent many hours on his computer during all sorts of research. He was preceded in death by his parents and sister, Pat Flemming. He is survived by his wife of 21 years Teresa Rupp of Phenix City, Alabama; daughters, Pamela Cain and Melissa Rupp and grandson Brandon Rupp all of Peachtree City, Georgia.

The family will be having private memorial services for Bill at a later date.

The Rupp family is being assisted by Georgia Cremation 7500 Veterans Parkway, Suite A, Columbus, Georgia 31909, 706-577-0055. The family invites you to leave a condolences or share a fond memory of Mr. Bill below.