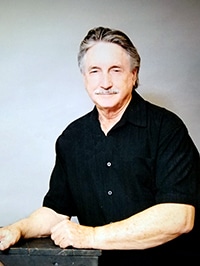 Mr. Euton was born March 2, 1941 in Dalton Georgia to the late Mr. Norris Ollen and Mrs. Audrey Euton. Bob spent his childhood traveling the world as an Air Force brat. After returning to Dalton, Georgia, he soon married and started a family. While raising his family he had several jobs in management with Delta-Dobbs House, ARA, Coca-Cola and ISA, but then found his passion for wood working. Bob became exceptional at furniture building, finishing and restoration. He shared his talents for many years with scores of individuals who now own the results of his abilities in their homes and businesses. For these friends and customers, may they remember his love of his work and spend many years enjoying his masterpieces. His work ethic through the years was given to his children as well as his love of music and reading, always living his life like Henry David Thoreau in Walden: If a man does not keep pace with his companions, perhaps it is because he hears a different drummer. Let him step to the music which he hears, however measured or far away. He continued to restore furniture in his later years and towards the end of his life he served others by delivering medicine to folks that were home bound and had a love for his customer’s dogs. We miss him already.