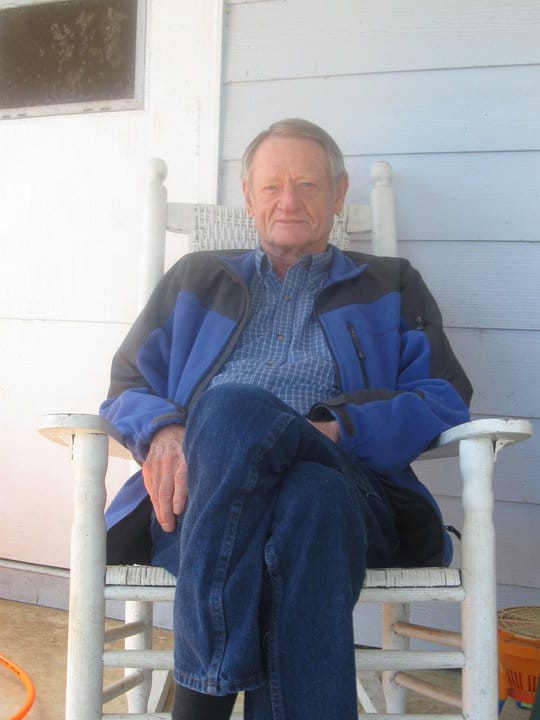 Robert Henry Litz known by all as “Bob”, died on September 13th, 2013 of lung disease at the age of 72.  He was born and raised in Omaha, Nebraska and has lived in Madison, GA for the past 23 years after marrying his wife Rebecca Holland Litz known as “Becky”.

Bob loved trout & crappie fishing, going to the mountains, collecting coins,  Tom Clark gnomes & hornets nests, working with his hands to make anything from arched bridges to gorgeous cross stitch pieces and making his home in downtown Madison a beautiful place to be. You might remember his big American flag he made (immediately following 9/11) for the front yard that lit up, or the “No Butts about it” campaign on Becky’s special birthday and how he loved to put out decorations for Christmas, including his annual giant Christmas tree made of hundreds of strings of tiny lights. If you are lucky enough to have one of his adorable tin men or beautiful cross stitch, be sure to treasure them.

Bob is survived by his wife; Becky and her father P.R. Wood, and Bob’s children, step children and grandchildren as listed below:

Tammie Holland Carpenter of Atlanta, GA; Jason Holland and his wife: Ashley and their 2 children Bailey and Hayden.  Bob called Hayden his “Peaches”, and she lit up his world; and Eric Holland with his fiancé: Amanda Andrews, and Eric’s son: Trenton Holland, and Amanda’s children: Shea and Carly.

Bob is also survived by sister and brother: Dorothy Lukas and Gene Litz of Omaha, Nebraska and was predeceased by his beloved parents: Frank and Ciciela Litz, his brother: Fritz and sister: Teresa also from Omaha, Nebraska.

Bob was a graduate of South High School in Omaha.  Bob retired from Lucent Technology in Norcross, GA with over 36 years of service.  After retiring from Lucent, he worked for Cummings Grading in Newborn, GA. Bob was a brilliant and creative man, a very hard worker who loved his family and telling jokes.  He was loved by all that knew him, and will be greatly missed.