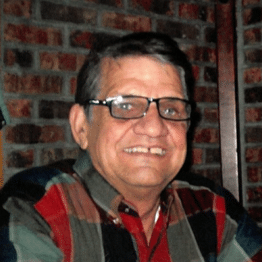 The Barnes family sadly announces the death of their beloved husband, father, grandfather, and brother, Robert “Jerry” Barnes, who passed away peacefully on September 24, 2021 following a long battle with lung disease.

Jerry was born on August 18, 1944 at the hospital in Wyandotte, Michigan. He grew up in Lincoln Park, Michigan with his mother, father, two brothers, and three sisters. He graduated from Lincoln Park High School and started his lifelong career in construction. Jerry met his wife Pat a few years after graduating high school.

Jerry, Pat, and their two daughters moved to Florida where Jerry worked as a superintendent at Epcot. They later moved to Georgia where Jerry eventually retired from his career in construction.

A Celebration of Life for family and friends will be planned in Michigan at a later date.