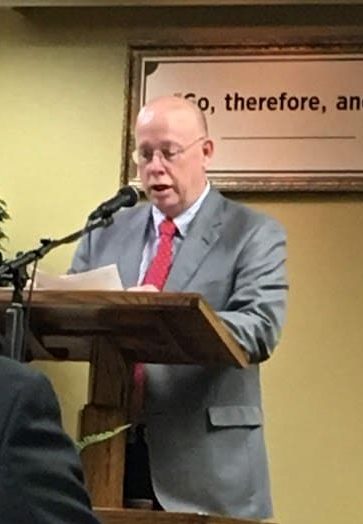 Robert M. Leverett, 57, of Seale, Alabama passed away surrounded by family and friends, on November 6th, 2022. A memorial service will be held in his honor at 2:30 PM EST on Saturday, November 19th, 2022. The memorial will take place at Kingdom Hall of Jehovah’s Witnesses, in Salem, Alabama.

Mr. Leverett was born on March 6th, 1965 in Phenix City, Alabama. He was the first born son to George and Tommie Leverett. Robert graduated from Central High School in 1983. He was baptized as one of Jehovah’s Witnesses on May 14th, 1983 in Ozark, Alabama.  He served for many years as an elder in the Smiths Congregation of Jehovah’s Witnesses.

On September 20th, 1986 he married Gina Dawson. Between the two of them, there was a true love others could see. They celebrated their 36th Anniversary less than two months before his passing.

Mr. Leverett worked for Beltone since 1994 as a Hearing Specialist.

All who knew him spoke of his kindness, compassion, and hospitable nature.  He loved his God, Jehovah, his wife, Gina, and his family and friends.  He also loved home!  He also enjoyed his cats, going bicycling, and kayaking.

Robert is preceded in death by his parents George and Tommie Leverett, and his sister, Kathy Leverett. Mr. Leverett leaves behind his loving wife, Gina Leverett, brother, Mark (Rose) Leverett, nephew, Austin (Megan) Lawrence, while Robert and Gina had no children of their own, they do have a spiritual daughter, Kara Hamrick, that they have loved as their own, he also leaves behind many cousins, aunts, uncles, and countless friends. He will be missed dearly by all who knew him.

In memory of Robert M. Leverett’s life the family asks that any donations be made to www.jw.org.