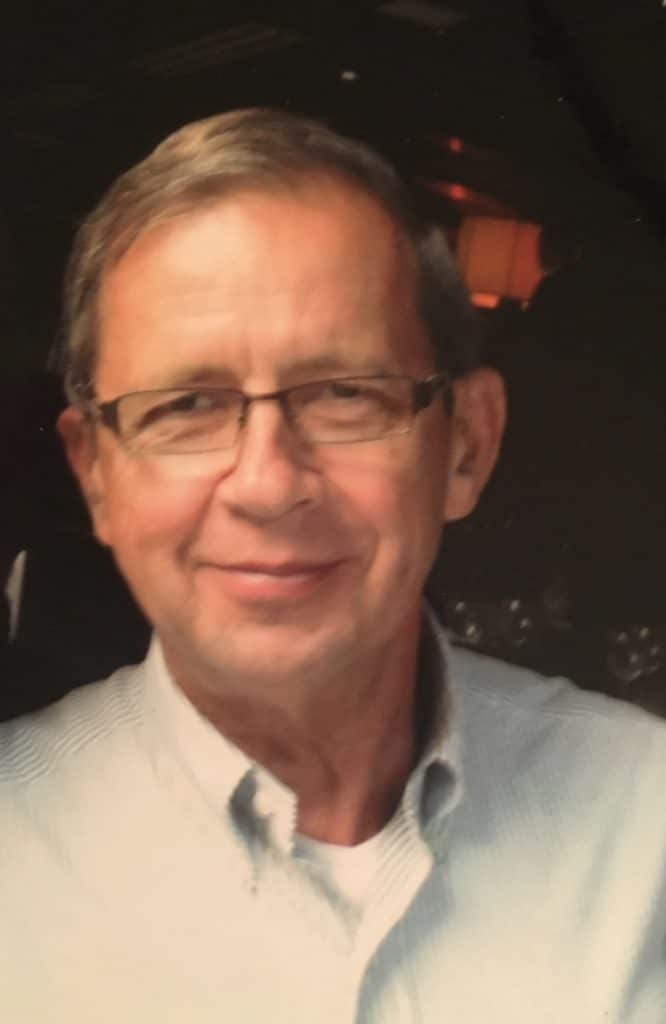 Rodney Baxter Cage was born to Jere and Elizabeth Cage in Berkhamsted, England, on September 25, 1944. While stationed in Berkhamsted during WWII, Jere, who served in the U.S. Army Air Corps, met and married Betty Baxter. After marrying in England, Jere and Betty welcomed their first of 3 boys, Rodney. Rodney and his mother sailed to the U.S. aboard the Queen Mary and entered the country through Ellis Island before settling in his father’s hometown of Shreveport, LA. Rodney’s childhood and adolescence were filled with fishing and hunting and endlessly pursuing pranks. He attended Byrd High School and graduated from Centenary College with a degree in mathematics. While at Centenary, he was inducted into the Sigma Pi Sigma Physics Honor Society and proudly served as President of Kappa Alpha Order, where he made lifelong friends. His rich and colorful college experiences were among his favorite memories and became beloved family tales. Some of these (carefully edited!) tales about our Legend of Louisiana are still told to prospective students and families on campus visits.

Rodney began a master’s degree in mathematics at Louisiana State University (Geaux Tigers!) before deciding to enter the corporate world. He rose through the ranks at IBM before being tapped to help lead the joint venture of what became Meritus Consulting, an international consulting firm, in New York City. Rodney retired as a partner from Meritus in 2007 and was thrilled to no longer have to travel to New York each week.

He loved the blues, and he frequently blasted the music of Howlin’ Wolf, John Lee Hooker, Elmore James, Robert Cray, and the Allman Brothers from his office stereo. Rodney also loved the movies “Rudy” and “Hoosiers”: stories of success against all odds resonated deeply with him, and he loved to see people triumph over tough challenges through perseverance, commitment, and hard work. Problems that may have seemed daunting or impossible to others were tackled eagerly, and always successfully, by Rodney. Integrity, diligence, respect, and humility were traits that he prided himself on and displayed in all aspects of his life.

Upon retirement, he became actively involved in the local community by lending his consulting expertise to numerous boards and committees. The Boys & Girls Club of Newnan became a passion for Rodney, and he found much joy and personal fulfillment in tutoring and mentoring youths and serving on its Board of Directors.

Rodney had a love for running, having run 7 marathons. He loved watching college football and basketball, embarrassing his children, and reading detective novels. Rodney was a ski boat driver extraordinaire, eliciting alternating screams of joy and fear by many a captive tuber. Rodney also became legendary among his grandchildren for his early morning “C and C” (coffee and candy) runs on his fishing boat, much to the chagrin of his children, among whom he had meticulously cultivated a reputation as Hall Monitor regarding sweets.

His children were his proudest accomplishments, and he was their biggest cheerleader. Rodney is and always will be tremendously loved and deeply cherished by his family, who meant the world to him: wife, Catherine Overby Cage; 4 children: Jonathan Baxter (Tara), Meredith Cage (Matt), Sarah Elizabeth Cage and Christopher Rankin; 7 grandchildren: Carson and Evan Byrd, Harper, Andrew, and Emery Quale, and Alexandra and Matthew Cage; brothers, Roy Cage (Sharon) of Shreveport, LA, and Kent Cage (Kaye) of Springhill, LA; and nieces Carrie Morgan, Claire Cage, and Courtney Cage Monk.

Rodney passed away at Wesley Woods of Newnan on Thursday, January 11, 2018 after a long illness. Services will be held at St. Paul’s Episcopal Church, Newnan, GA, on Wednesday, Jan 17 at 10:30am.

In lieu of flowers, the family requests donations be made to the Boys and Girls Club of Newnan, 71 Wesley ST, Newnan, GA 30263 .

The family would like to express their appreciation to the staff of Wesley Woods (with special thanks to Augusta, Joy and Cynthia), Gentiva Hospice, Rodney’s medical team, and the friends and family who have shown such tremendous love and support.