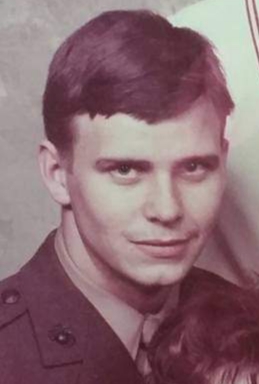 Mr. Carney was born in Pasadena, TX, on August 11, 1955 to Leona Holmes and the late Hubert Earl Carney. Mr. Carney was independent and confident. He loved nature and the quiet of the woods. He was a true outdoorsman who could live off the land. He spent 10 years as a Forest Ranger in the Chattahoochee National Forest.

Mr. Carney was a Veteran of the United States Marine Corps. He served overseas during his 4 years of military duty. Mr. Carney enjoyed crossword puzzles and was an avid reader. He read the newspaper front to back daily and always kept a book handy.

Along with his father, Mr. Carney was preceded in death by his sister, Shirley Carney, and brother, Robin Carney. He is survived by his mother: Leona Holmes of Newnan; son and daughter-in-law: Joey and Lori Stone of Kansas; sister and brother-in-law: Michelle and Mark Walls of Griffin; daughter: Heather Black; former wife: Lisa Black; 5 grandchildren; 8 great-grandchildren; beloved pet cat: Big Boy.

The Carney family is being assisted by Georgia Cremation, 1086 Highway 54 West, Fayetteville. Messages of condolence may be left at www.GeorgiaCremation.com.