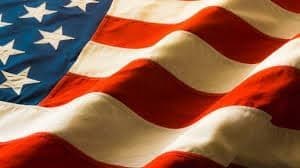 Roger was born and raised in Jacksonville, Florida by his parents, George and Viola Dahnke. Roger graduated from the Jacksonville University on June 6, 1959, which was the first 4-year
graduating class for the University. During the summers he worked at the shipyards. After graduating, Roger served his county in the United States Army. Roger was an avid baseball
player and fan. He pitched for both Jacksonville University and while in the Army. Roger is retired from the United States Postal Service in Gainesville, Florida.

Roger is preceded in death by his wife, Ruby and son, Steven. Survivors include his son, Michael; his Daughter-in-Law, Melissa and granddaughter, Marisa.

Roger will be buried alongside his wife and son in South Carolina at a later date.

The Dahnke Family is being assisted by Georgia Cremation, 7500 Veterans Pkwy, Suite A, Columbus, GA 31909. The family invites you to leave a condolence or share a fond memory below.