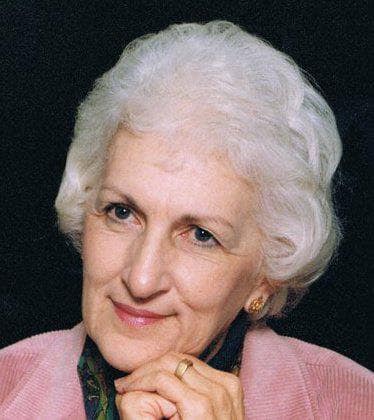 Ms. Harlow was born in Britton, Oklahoma on June 18, 1931 to the late Oscar and Sue Harlow. She grew up in Oklahoma, alongside her brother and two sisters, and stayed in the area until the early 1960s. Ms. Harlow lived in New York and Virginia before settling in Colorado.  She worked for Jack’s Bean Company, Taylor Feed & Seed, and was a bookkeeper at Valley View Villa in Ft. Morgan, CO until 1985. Ms. Harlow was an amazing mother to her five sons and two daughters. After her last child graduated high school, Ms. Harlow joined the Peace Corps in1986.  She served two tours in Bamenda, Cameroon, Africa.  During her four and a half years in Cameroon, she taught basic bookkeeping to the small businesses, became involved in the Heifer International Project and the Bamenda Dairy Cooperative.  Both organizations focused on enhancing the local production of dairy products and educated others on nutrition.

Once her service in Cameroon was complete, Ms. Harlow moved to Georgia to be closer to her three youngest children and to escape the Colorado cold.  After her Cameroon experience, Rosemary decided having medical knowledge would be useful in her efforts to help others around the world. She moved to Rome, GA and attended Barry University, working part-time with the Wal-Mart photographer. She earned her LPN and worked as a nurse at Floyd Medical Center in Labor & Delivery. During this time, she was also involved in Red Cross Disaster Relief. When the tragedy of a tornado, hurricane or other disaster struck, Ms. Harlow was on the scene with her Red Cross team to provide assistance. She also worked with the Red Cross to provide AIDS education and awareness to communities around the U.S.

Ms. Harlow felt the calling to return to the Peace Corps and was dispatched to St. Lucia for one year and the island of Nevis for another year. Ms. Harlow spent her time on the islands providing AIDS awareness training. She worked as a nurse and educator for the villagers. Ms. Harlow returned home to Georgia to regroup before returning to the Peace Corps for the third time. She was sent to Zambia where she became loved and respected in her African community. She enjoyed her life in the village and was an avid supporter of the local football and netball teams.  She spent two and a half years supporting the needy in her beloved village in the Luapula Province. She helped build a maternity ward at the local clinic and conducted AIDS awareness training. At the age of 72, Ms. Harlow returned home to Georgia where she spent the remainder of her life.

Ms. Harlow was strong-willed and determined. She could take on any project and conquer any obstacle ahead of her. She was skilled in many areas and was mainly self-taught through the many books she read. When she needed irrigation at her home, she took a plumbing class and installed the irrigation system herself. When her motorcycle needed maintenance, she learned the basic repairs and upkeep to keep it running properly. Ms. Harlow loved to do things with her hands. She was active and adventurous. She could do just about anything from white water rafting or long-distance cycling to knitting and gardening. She was smart and loved to challenge her mind. Mostly, Ms. Harlow was loving and courageous.

Ms. Harlow was a kind and gentle mother. She was encouraging and supportive of her kids throughout their lives. She was an incredibly proud Grandma to her many grandchildren. Ms. Harlow considered herself a humble servant to the Lord. She truly lived her life to the fullest and she lived it was elegance and grace.

A Celebration of Life will be held in Ms. Harlow’s honor in McDonough, GA at a later date. In lieu of flowers, donations may be made to the Parkinson’s Foundation. The Harlow family is being assisted by Georgia Cremation, 1086 Hwy 54 West, Fayetteville. Messages of condolences may be left at www.GeorgiaCremation.com. 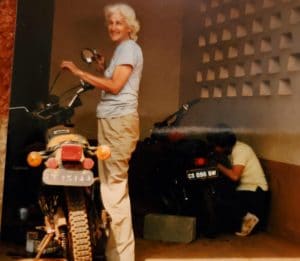 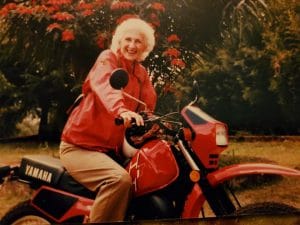