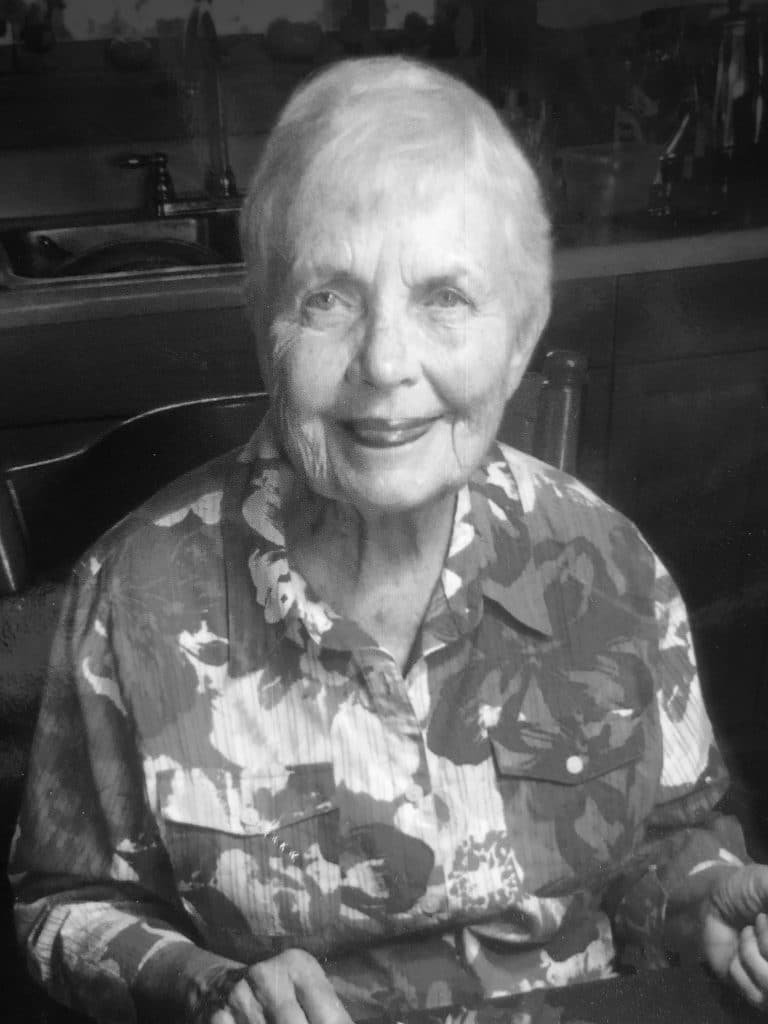 Rosemary Drum Lewis, “Posy,” passed away on August 26, 2020. A resident of Dahlonega, formerly of Atlanta, she was born on July 3, 1928, in Evanston, IL, to Alice and Stuart Drum. She met World War II veteran Ken Lewis, the love of her life, when she was riding a horse across the campus at the University of South Dakota. He reprimanded her for riding the horse too hard. Soon thereafter he broke off his engagement to his hometown girlfriend and gave his heart to the red-haired beauty, who was also a member of the university rifle team. They married the next year.

After moves to Nebraska and Montana, Posy and Ken settled in Atlanta, where they raised six children, five of them boys. While Ken traveled during the week on business, Posy held down the fort, getting the kids to school and to their various sports activities. She was a long-time volunteer mom for several Red Devil football teams coached by Bob Blackwell at Northside Youth Organization. In 1971 she went to work at The Westminster Schools as the secretary to junior high principal Jack Shields and later in the Broyles Fine Arts Center there.

After her retirement in 1998, her lifelong dream came true when she and Ken moved into a beautiful log cabin built by their son Scott just outside of Dahlonega. She took up quilting then and perfected her delicious pound cakes and cookies, planted a yearly vegetable garden, and hiked with her beloved dogs. After she lost her husband, and her health began to decline, she moved into her daughter Nancy’s home in Fayetteville, GA, where she was lovingly cared for by Nancy and her family.

Posy was preceded in death by her parents, husband Ken (to whom she was married for 62 years), sons Stuart and Bill Lewis, brother Stuart Drum, and sister and brother-in-law Libby and Frank Love. Survivors include her children Ken Lewis, Jr., Scott Lewis (Shirley), Jeff Lewis (Kathleen), and Nancy Lewis Denham (Toby); six grandchildren, Kent, Patrick, Ben, and Rosalee Lewis and Cory and Rebecca Denham; and four great-grandchildren. A family memorial service will be held at a later date. Memorials may be sent to the Alzheimer’s Association or the charity of the donor’s choice.