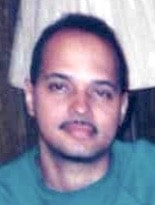 Mr. Roy Paul Felix, age 61, of New Orleans, LA, was ushered into Heaven by the Angels on the 30th of April after a long battle with Cancer.

Roy was born in New Orleans, LA to the late Albert Anthony Felix, Sr. and Lee Pearl Duplessis. He grew up in New Orleans as one of five children and graduated from John F. Kennedy Senior High School in 1976. Roy spent his entire life in his hometown until the last few months when he moved to Stockbridge, GA with his sister Lisa. He worked for Overnite Transportation since before they were acquired by UPS. He retired from UPS a little over a year ago after many years.

Roy was a loving brother and always enjoyed spending time with his brothers and sisters.  He had a love for music of all sorts. Roy was dedicated to his church and serving the Lord. He was a faithful brother in The Church of the Living God of Unity. He was known to be instrumental in the audio recording of services and musical events. Roy will be sorely missed by a host of family and friends.

Along with his parents, Roy is preceded in death by his grandparents, aunts, uncles, and other relatives. Roy is survived by his sisters and their spouses: Lisa and Albert Jackson, of Stockbridge, GA and Gina and Finn Ahlberg of Kennesaw, GA; his brothers: Floyd Felix and Albert Anthony Felix, Jr. both of New Orleans, LA; his nieces and nephews: Tiffany Ahlberg, Bethany Ahlberg, Sean Ahlberg, and Finn Ahlberg, all of Kennesaw, GA; his Aunt Josephine Duplessis of Flagstaff, AZ; and other relatives.

The Felix family is being assisted by Georgia Cremation, 1086 Hwy 54 West, Fayetteville. Messages of condolence may be left at www.GeorgiaCremation.com.