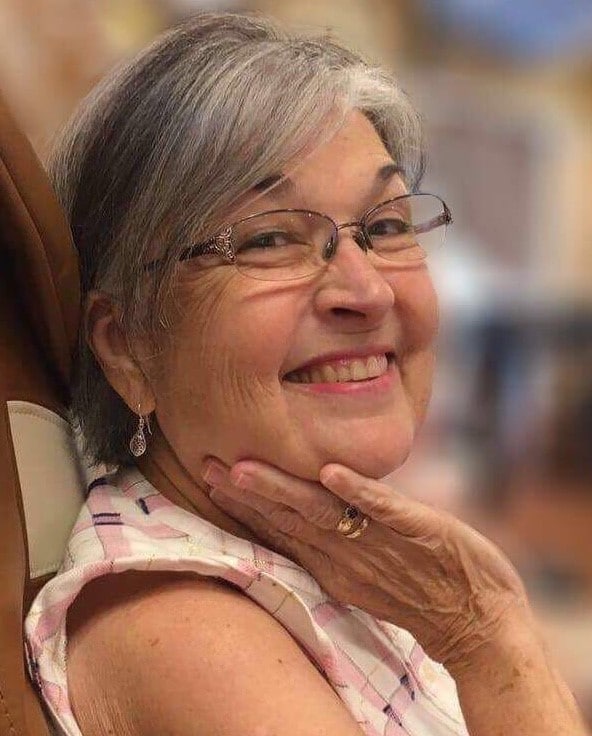 Sandra Ann Black (neé Logue), aged 66, died from cancer on Friday, February 2, 2018, at her home in Newnan, Georgia, surrounded by family and friends.

Sandy was born on December 15, 1951 in Tupelo, Mississippi to her father Everett Logue and mother Syble Louise Logue (neé Smith). She spent her formative years in Corinth, Mississippi where she often recalled endless days of playing outside with her siblings and friends. As a girl, she loved to climb trees and eat apples, often simultaneously. Her childhood fostered a love of nature and the outdoors that continued throughout her life.

In December of 1970, Sandy’s mother Syble passed away from cancer. Sandy, who had just turned 18, had to grow up very quickly. Concerned for her family’s well-being, Sandy made the choice to put the needs of her family first and assumed the responsibilities of raising her 8-year old sister Beverly. Sandy took on the unique role of mother, sister and ultimately friend, forging a special relationship with Beverly which is a true reflection of her character and the way she gave her whole heart to those she loved.

Sandy moved to Columbus, Mississippi in 1971 and began a degree in Speech Therapy at Mississippi University for Women. It was in Columbus that she met her future husband Chris. He was dismayed that Sandy seemed not the least bit interested in his Stingray Corvette, and spent considerable effort over the next 42 years trying to impress her. They were married in Columbus in 1975 and moved to Wurtsmith Air Force Base in Oscoda, Michigan that same year. Sandy returned briefly to Columbus with Beverly to finish her degree and graduate in 1977.

In the fall of 1979, Chris and Sandy moved to Nashua, New Hampshire. Sandy said, “It felt like I was coming home.” In 1981, she gave birth to twins Jesse and Heidi. Sandy loved being a mother and raised her children with delight, compassion and a sense of wonder. She formed deep, lifelong bonds of friendship with members of the Nashua Church of Christ. Sandy spent many summers in Maine at Ganderbrook Christian Camp with her close friends, cooking for the campers and planning and performing complicated pranks, much to the chagrin of the various camp directors.

In 1990, Sandy chose to homeschool her children for two years alongside her group of friends. She used her creativity and passion for learning and fondly recalled days spent teaching, where she would sometimes dress up in costume and show up for class as the new “substitute teacher.”

Indeed, Sandy’s creativity was a hallmark of her wit and particular talent with words. Both Heidi and Jesse recall doing the New York Times crossword with her, only to find after five minutes that Sandy was already done and working on the Sudoku. She took guitar and piano lessons, loved to sing and had a strong and beautiful alto voice. Sandy’s mind contained an exhaustive library of songs, often producing the perfect lyric for any situation, a fact not lost on her family members during a dispute.

In May of 2001, she graduated from Gordon-Conwell Theological Seminary with a master’s degree in counseling. It was challenging for Sandy to return to academia after a 20 year absence, and she spent long nights studying and working on her degree. “What’s ‘tistics, precious?” was often heard around the house, as Sandy’s love of Lord of the Rings was a constant thread throughout her life. She could always find the humor in a situation. Even when beset by many challenges, she found strength in giving to others and would carry not only herself, but those around her.

In September of 2001, Sandy and Chris moved to Newnan, Georgia and became members of the Southern Crescent Church in 2002. She immediately created strong friendships. Everyone who meets Sandy feels at ease, important and cared about. It was here that she first learned about an organization called Mission Lazarus, a not-for-profit which operates in Honduras.

In 2008, she took her first mission trip to Honduras. It was the start of a journey that would last a decade. Sandy immediately fell in love with the people of Honduras. During one summer trip, Sandy and Chris spent 10 weeks walking alongside college interns and supporting their mission. Other trips would see her running teacher training at one of Mission Lazarus’ schools, working at and organizing Bible workshops for the children, ministering to the women of Honduras and always supporting the friends that made up the mission group each year. Sandy constantly put people over projects and served tirelessly to both the adults and children of Honduras.

In 2012, Sandy completed her accreditation to practice in the state of Georgia where she opened Centerpeace, a private counselling practice. She operated out of the Peachtree City Christian Church which allowed her to minister to hundreds of individuals, couples and children over the next 6 years.

2016 saw the coming of two polar opposite events: delight in the birth of her Granddaughter Norah, and the fear and disbelief of her diagnosis of lung cancer. Where one would bring pain and grief, the other brought joy and happiness, and Sandy spent the last year of her life wrapped in love and warmth often cuddling her granddaughter or singing her granddaughter’s favorite song, Frosty the Snowman.

Sandy leaves behind a legacy of love, service and kindness; a life overflowing with selflessness, friendship and warmth. To know Sandy was to feel seen, loved, heard and important. An empty place has taken up residence in the hearts of all who knew her, and she will be forever missed.

Family and friends are invited to attend a memorial service to celebrate Sandy’s beautiful and inspirational life and the many memories of which she is a part. The celebration will be held on Sunday, February 11, 2018 at Southern Crescent Church, 315 Dogwood Trail, Tyrone, Georgia, from 3:00 – 4:30 p.m.
In lieu of flowers, Sandy has requested that donations be made to Mission Lazarus or a charity of your choice. Online donations may be made at https://missionlazarus.org/collections/donate.