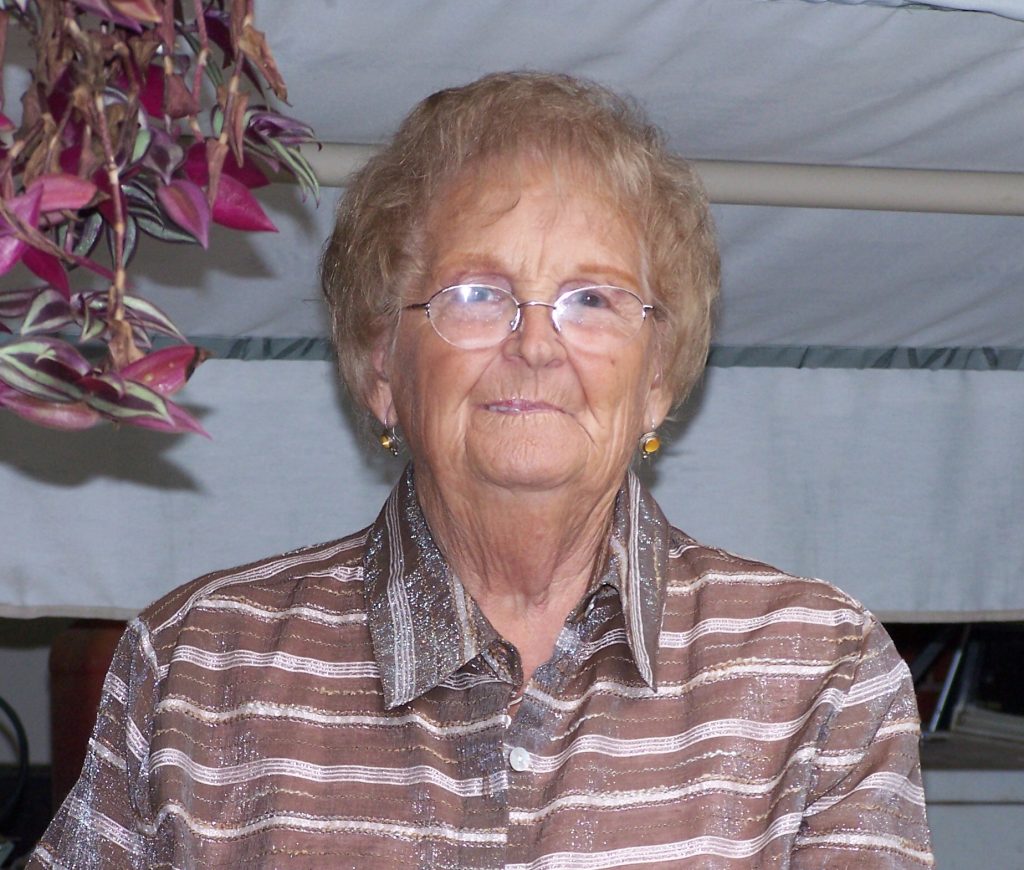 Sara Frances Mobley-Stewart, known to many as “Sis,” was born December 22, 1929 in the Chipley Community, now known as Pine Mountain, Georgia, the only girl of four children to the late Daisy Marie Prophitt-Mobley and Grady Mobley. She grew up in the Chipley Community before moving to Columbus in 1942, where she graduated from Baker High School. She married and became the mother of her four children. Sis spent most of her younger years as a homemaker caring for her family.  She was a member of Britt David Baptist Church. In her spare time, she loved traveling and fishing. She adored the Christmas season with all the lights, smiles, birthdays, and laughter that came with it, especially the old Christmas tunes.

A special thank you to everyone contributing their time over the last year caring for Sis. She loved you all and as a family, we thank you for the smiles and joy you brought with each visit.

Click here to view the video tribute for “Sis.” Copies of the video can be purchased through the link.

The Stewart Family is being assisted by Georgia Cremation, 7500 Veterans Parkway, Suite A, Columbus, Georgia 31909, 706-577-0055. The family invites you to leave a condolence or share a fond memory below.