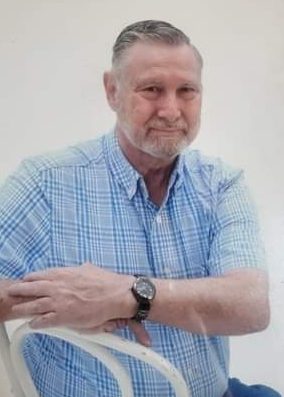 Scottie B. Herring, age 74, passed away December 24, 2020 at his home surrounded by his family after a long illness.

Scottie was born in Matthew, Alabama on October 3, 1946 to the late Janie Mae Herring and James Velton Herring.  The family moved to Columbus when he was around a year old.  He started working at a grocery store when he was 11 years old.  He began his long career in the cotton mills in 1963.  He left the mills in 2002 and began working as a maintenance man for The Growing Room until his retirement in 2013.

He is preceded in death by his parents and brother James Frank Herring.

Scottie taught himself the art of carpentry and spent many hours remodeling the house and tinkering in his garage.  He also loved Nascar, fishing and watching old westerns.

He wanted to let his family know that he loved and appreciated every one of us – especially his loving wife.  He always told everyone that she was the best thing that ever happened to him.  He was thankful for all his grandchildren calling or coming to check on him and letting him see our precious babies in his final months.

The Herring family is being assisted by Georgia Cremation, 7500 Veterans Parkway, Suite A, Columbus, Georgia 31909, 706-577-0055. The family invites you to leave a condolence or share a fond memory of Mr. Scottie below.