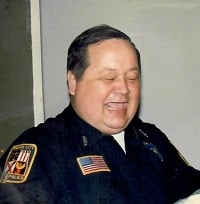 SFC (Ret) Ronnie Lee Melgaard was born February 21, 1944 in Minneapolis, Minnesota to the late Orel Lowe and Charles Lowe. Growing up, Ronnie always had a draw to the military and serving his country. At the age of 18, he joined the United States Marine Corps and later joined the United States Army. Ronnie reached the rank of Sergeant First Class before his retirement after 20+ years of service. He served in the Vietnam War and earned a Purple Heart during the war. After his military tetirement, Ronnie joined the Phenix City Police Department where he retired with numerous accolades.

Ronnie found time to further his education receiving a Bachelor’s Degree from Troy State University and enjoyed visiting with his fellow service men and women at the local VFW #665 where he was a member. He was known as a jokester and enjoyed collecting vinyl trains, vintage whiskey, fine cigars and guns.

Ronnie Lee Melgaard, 74, of Phenix City, Alabama passed away Wednesday, July 19, 2018 at his home. He is preceded in death by his parents; first wife, Gracie Melgaard; and his second wife, Linda Glass Melgaard. He is survived by a host of extended family and friends.

The family is being assisted by Georgia Cremation, 7500 Veterans Parkway, Suite A, Columbus, Georgia 31909, 706-577-0055, www.georgiacremation.com. The Family invites you to leave a condolence or share a fond memory below. 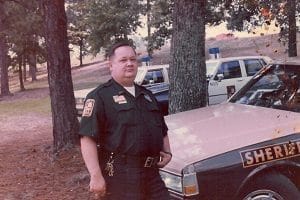