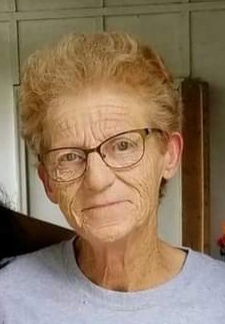 Sheena was born to Inez and George Mullins on November 30, 1958, in Jackson, Tennessee. Despite the fact that she left home at the tender age of 15, she was still the first in her family to graduate high school with the support of her best friend Alice Donley and her mother Ethelene Jones. She attended and graduated from Chavala High School in Russell County, AL in 1976.

In her professional life, she held many jobs. She worked at the Fieldcrest Cannon Mill for 25 years. She worked on Fort Benning for 17 years, the most recent 13 years in the ICEMP division. Sheena really enjoyed working on base and found a kindred spirit in her friend and boss Annette Wright.

Sheena, also known as “Red” to some, was a feisty and funny woman. She celebrated her divorce by taking a trip to England, using her ex-husband’s frequent flyer miles.  She met up with her pen pal and had a grand adventure, including getting her first and only tattoos.

She was a loving mother, grandmother, and friend to all who knew her. She had a soft spot for her many fur babies. She loved to read her Nora Roberts novels, watch her British comedies and murder mysteries on television, and learn new skills by watching YouTube. Sheena enjoyed being outside early in the morning with a cup of coffee, peacefully watching the birds. Hummingbirds were her absolute favorite. Her happy place was with her family, sipping on a cold Busch beer with a cigarette in her hand and playing Bubble Witch on her phone.  She had a unique way of communicating her love to those in her life by flashing them a smile and flipping them  off. She will be missed beyond measure.

Sheena Lynn Mullins Cox, 63, passed away on May 15, 2022, at home, surrounded by her family. She was preceded in death by both of her parents.

She is survived by her siblings: Jackie Mullins, Dale Mullins, and Anna Mullins; daughter: Heather Nicole Mullins, stepson: Robert C. Cox; grandchildren: Kaylee Nicole Mullins Ritchie, Angel Cox, and Robert C. Cox Jr., as well as her adopted daughter and grandson: Miriam Soto and her son Isaiah Soto.  But since family is not always blood, she chose to be an adoptive grandmother to most of the Soto children which included but are not limited to Sarah Soto, Joey Soto, Elijah Soto, and Marcos Soto. She had a very special red-headed bond with three-year-old Shyloh Rodriguez, who also called her “grandma”.

Georgia Cremation-Columbus is assisting the family.