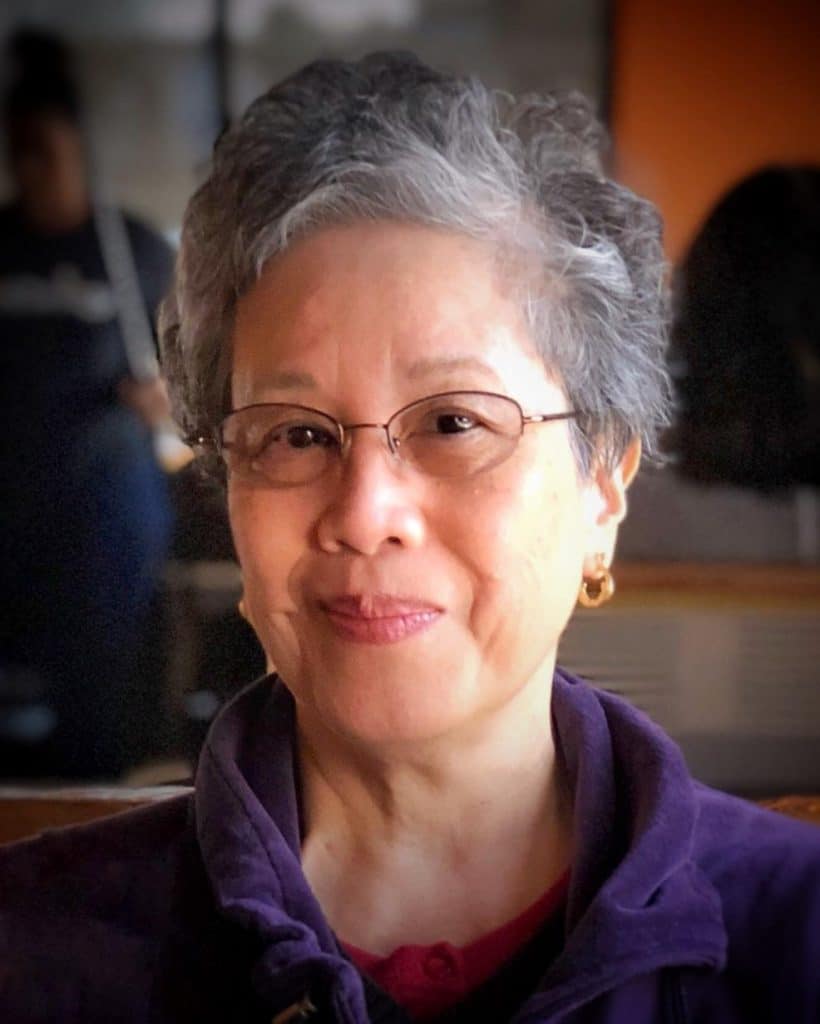 Sigrid Abadilla Sweat, age 70,  went to be with her Lord on November 16, 2018.  Sigrid was born in Tuguegarao City, Philippines on April 24, 1948 to parents Aurelia and Eduardo Abadilla, along with her siblings Ferdinand (Abadilla), Eliria (Agdigos), Philager (Sagsagat), Edna (Suguitan), Villamor (Abadilla), and Max Eduardo (Abadilla).

She was a strong-willed girl with a passion for education, receiving honors in school and eventually receiving her B.S. in accounting. In 1982 she met the love of her life, Thomas Allen Sweat, and left her small apartment with no amenities and moved to the United States to settle down and start a family. With the help of her mother-in-law, Edith Sweat, she helped to raise two equally strong minded and beautiful daughters, Teresa Aurelia Sweat and Sigrid Alyssa Sweat. She was a dear step-mother to Cynthia Howard and Donna McQueen. Sigrid received her first cancer diagnosis in 2012 and though she continued to battle this disease toward the end of her life, she still made time to care for her daughter Teresa during her pre-cancer diagnosis, as well as visit with friends and family in the Philippines. Sigrid was always selfless and considerate. She was strong in her faith and was a dedicated mother and wife that always put family first. She enjoyed spending time in worship with her tight knit Filipino community, crocheting, and taking care of her friends and family near and far.

Sigrid was preceded in death by her father Eduardo, her mother Aurelia, and her husband Thomas. She is survived by her daughters Teresa and Alyssa. The Sweat family would like to thank Letitia (Letty) Colvin for being a dear friend to Sigrid for so many years and for supporting the family during this difficult time; Elvie Solomero, a nurse, turned family friend for her continued care and support of Sigrid for many years; Erik Quammen for helping take care of her after her husbands death, offering her emotional support, lending an ear to listen and being the son she never had. Sigrid was cremated on Nov. 19, 2018. Her family will notify everyone of memorial arrangements as soon as they are finalized. Please leave any condolences here. Georgia Cremation, 3570 Buford Hwy #202, Duluth, GA 30096 (678) 584-0914 is assisting the family.