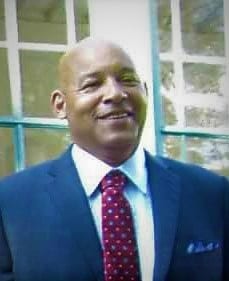 SSG (Ret.) Joseph Howard Johnson, III, 69, of Columbus, died Wednesday, December 20, 2017. A graveside service with Full Military Honors will be 2:00 pm, Friday, January 5, 2018 at the Main Post Cemetery, Ft. Benning.
Mr. Johnson was born October 5, 1948 in Chicago, IL. He was a 1968 graduate of Bloom High School in Chicago and attended Prairie State College before joining the Army in 1970. He retired as a Staff Sergeant at Ft. Benning in 1991 after 20 years of service.  He was a recipient of the Parachutist Badge, German Army Parachutist Badge in Bronze, National Defense Service Medal, Air Assault Badge and many others. He was a member of the 2/29th Infantry Regiment. After his retirement, he was an assistant manager for Burger King (AAFES) in Heidelberg, Germany. While in Germany, he became the manager of the AAFES Installation. During that service he received the Humanitarian Service Award and AAFES Commander’s Excellence Award. Since that time Mr. Johnson had held many positions with Ft. Benning and in Civil Service. Mr. Johnson enjoyed traveling, washing his cars, watching movies and spending time with his friends.
He is survived by his close friends and those he call family.
Services are being handled by Georgia Cremation, 7500 Veterans Parkway, Suite A, Columbus, Georgia, 31909, 706-577-0055. Condolences may be offered at www.georgiacremation.com.