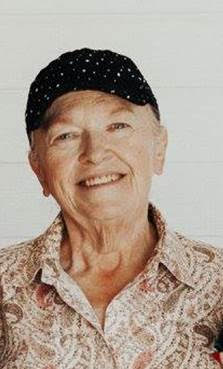 “Sherry” enjoyed life and found joy in each day. She was a woman of deep faith. Her first love was Jesus, with everyone else a close second. Her last moments were peaceful, with family by her side reading the 91st Psalm, a scripture which she cherished and often prayed.

Sherry was a native Californian, born in Oakland to parents Patricia and Harold Slease. She was 11 months younger than her sister, Sandy. She grew up in Alameda, CA, and attended Castro Valley High School, where she met and married her high-school sweetheart David “Dave” Turcotte. Sherry also lived in Bethel Island, Dublin, Patterson, and Anderson, California, with one year in both Nebraska and Iowa, plus several years in Georgia. While living in Dublin, she made life-long friendships with Patty Douglas, Leslie Nadig, and Sandy Lucido. These “Four Musketeers” did life together and were never far from each other’s minds.

Sherry was a teen mom of fraternal twin daughters Lorene and Paulene, that she raised with Dave; they were married 20 years. Sherry had wisdom and common sense beyond her years. She was blessed to be a homemaker and raise her girls. The family enjoyed camping trips in El Dorado National Forest, where time was in sync with nature. Everyone treasured shared moments by campfires, swimming, fishing, hiking, and riding motorcycles! Sherry’s nieces Kathy and Debbie (Sandy’s daughters) often spent summers with her, and the cousin’s loved camping, swimming and playing ‘till the sun went down.’

Naturally inventive and artistic, Sherry flourished in many creative ventures. She successfully ran a ceramics studio, taught classes, and made the most beautiful creations that are still treasured today. She made elaborate wax candles that looked like sculpted waterfalls or elaborate ice cream sundaes. She expertly created beautiful macramé plant hangers and wasn’t afraid to use a blow torch to construct metallurgic designs, wind chimes, or whimsical creatures that made people smile. She sewed matching ‘twin’ outfits for her daughters that would rival magazine advertisements. Sherry often won awards at the county fair and other contests like the Pillsbury bake-off, where she won first place for her original Kahlua cake recipe that her family still makes.

Sherry was a helper and gave of herself in many ways. Her sister Sandy passed in her 30’s from cancer, and Sherry enjoyed extra time with her nieces in the summer. Sherry devoted herself to in-home hospice for her mother, who had cancer. She also provided tender care to her father until his passing from natural causes. Sherry had a fantastic second marriage to Robert Gray, whom she called “Mr. Wonderful.” They enjoyed a loving marriage and 30 beautiful years together. Both she and Bob loved the grandchildren they gained through marriage. Sherry lovingly cared for Bob until his passing from lung cancer, six years ago. Sherry gave excellent care and shared all the love her heart could hold.

Sherry strove to live her life with love, joy, peace, patience, kindness, goodness, and faithfulness. She was quick to pray and slow to judge. She sought to bless everyone with words of affirmation or pray over them, even in the middle of Walmart! The early-onset of Alzheimer’s robbed her of recent memories and events, but her heart was full of love.

Sherry left a legacy of love through her daughters Lorene and Paulene; who each have three grown children. Lorene’s and husband Jeffray’s children are Rosalynne, Dane, and Alisa. Rosalynne and her husband Daniel Fluty live in Georgia and have one son Malakai and another baby due July 2021. Dane and his wife Liz live in Illinois. Alisa also lives in Illinois and enjoys entrepreneurship as a professional photographer.  Paulene’s children are Ken, Caleb, and J.D. Avila, who all live in Northern California. Ken and his wife Kristin have three children: Micah, Lora and Levi. Caleb and his wife Kimi’s three children are Jude and fraternal twins Harrison and Harper.  J.D. is a singer-songwriter entrepreneur and also works full time in Christian ministry with Calvary Chapel Roseville. One of Sherry’s greatest joys was spending time with her children, grandchildren, and great-grandchildren.

Sherry’s sweet disposition blessed everyone. In the past couple years, she would throw her hands up in the air and say, “Take me home Jesus, I’m ready!” or “I love you, JESUS!” She smiled often and her eyes sparkled. Her silly sense of humor was infectious and a little silliness continues in the remaining three generations! She loved her family, friends and others without reserve. Sherry passed peacefully on March 2, 2021. Now in heaven, Sherry may be gone from our midst, but her legacy lives on through her children, grandchildren, and great-grandchildren. She is loved and will be dearly missed.

The Gray family is being assisted by Georgia Cremation, 1086 Hwy 54 West, Fayetteville. Messages of condolence may be left at www.GeorgiaCremation.com. 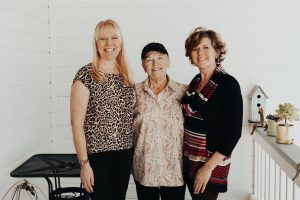