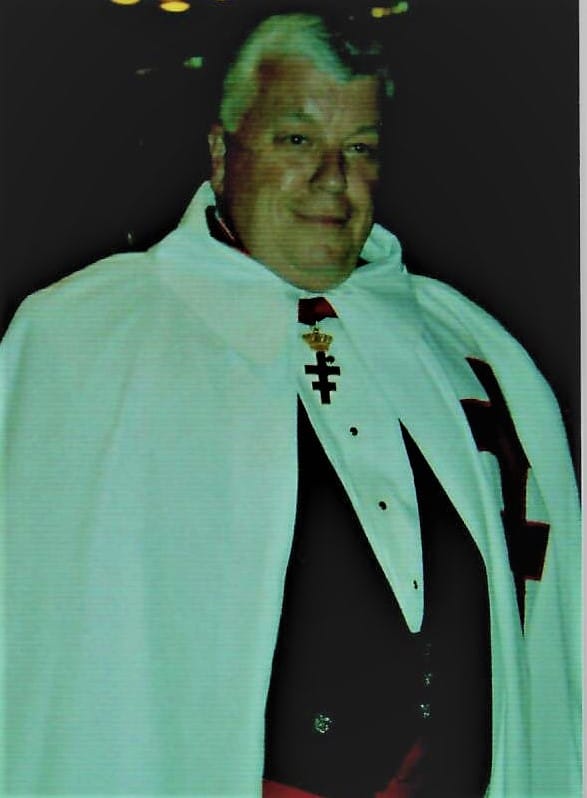 Stephen was born September 21, 1943 in Hartford, Connecticut to the late Clifford Waghorn and Ernestine Daniels Starbuck. His father was a machinist for Pratt and Whitney and his mother was a home maker.

He was in the Boy Scouts of America where he learned to cook. After high School he attended Vicksburg Junior College in North Carolina and went on to graduate from the University of Connecticut in Hartford, Connecticut.

Stephen was married to Betty Wilkerson in 1962 and they had two daughters Kimberley and Virginia.

He worked as a textbook field editor for several publishing houses in the Northeast before settling in Atlanta. He started and ran his own real estate brokerage, Nantucket Mortgage, in the 1990’s to 2008. In later years, he worked as a general contractor constructing modular homes in the Lake Oconee area.

Over the years, he was active in many clubs and groups in Atlanta. He was a member of the Atlanta History Club in the 1970’s. Later on, after researching his maternal family’s history, he found he had Scottish relatives. He joined the St. Andrews Society and was a long time volunteer at the Scottish Highland games at Stone Mountain Park.

He participated in the Sherlock Holmes group of Atlanta, enjoying many outings and trips with the club over a two-decade span. He was a long-time member of the Robert Burns club of Atlanta participating in the camaraderie and literary activities with many Scottish members.

Most recently he devoted himself and his energies to the Knights Templar of the Sovereign Military Order of the Temple of Jerusalem International. This organization dedicated to supporting the Christians currently living in Jerusalem was dear to his heart and over a period of time through his service he rose to the position of Prior of the Holy Rood convent in 2014.

He was also a member of the Mayflower Society as a thirteenth-generation descendant of the early pilgrims.

Steve enjoyed people and was always a welcome addition to any gathering. He had a special talent for helping others and volunteering for causes and efforts that made a difference in people’s lives.