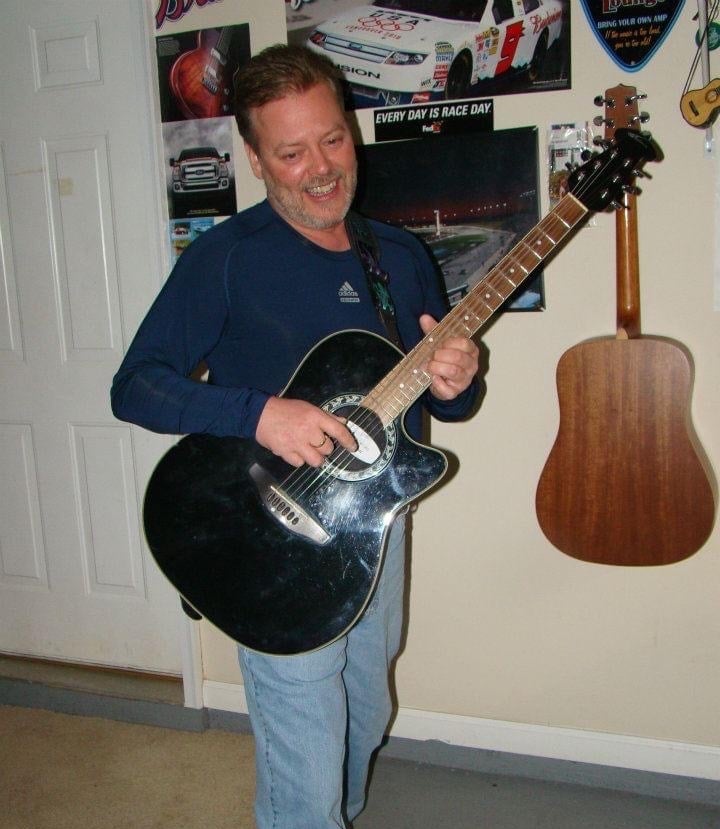 Thomas John Rissanen, 58, of Lawrenceville, GA, passed away May 11, 2022, surrounded by loved ones and friends.

Tom was born in Peekskill, New York on November 16, 1963, to parents Leo and Mary Rissanen. In 1976 he moved with his family to Gwinnett County, GA and called the area home for the rest of his life.

After graduating from Berkmar High School in Lilburn, Tom worked alongside his brothers and father at Hardware Specialty in Norcross, as well as a number of other roles which benefited from his mechanical aptitude and friendly and calm demeanor.

Tom was unmistakably cool. He was a passionate musician, sports fan, motorhead, and lover of life. He had a deep knowledge and love for guitars, baseball, rock n’ roll, and classic cars.

Tom took pride at home in landscaping and maintaining a perfectly manicured lawn. He was proud of his guitar collection and the long string of awesome cars that came into his life over the years. He loved live music, both performing and spectating.

For those that remember Tom, they know he almost always wore a smile, was quick to laugh, and was a great storyteller. His charm was infectious, and he truly had a twinkle in his eye.

Tom was preceded in death by his Mother and Father; his brother, Scott Rissanen; and his nephew, Timothy Rodermond.

Tom was most proud of the company he kept and was always happy to brag about the accomplishments of his friends and loved ones. Tom was never short on friends, whether he had known them for four minutes or four decades. We’ll miss you man.