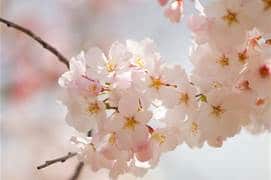 Memorial Services for Janet Sue Gee Tolley will be Tuesday, November 15, at 1:00 p.m. at Roswell Presbyterian Church. Mrs. Tolley was born in Ashland, Kentucky on June 15, 1929 to Loraine Ruley Gee and George Littlejohn Gee. She died of natural causes in her daughter’s home on November 2, 2016. She is survived by her daughter, Debra Tolley (formerly Whelan) Gogatz, three grandchildren, Richard, Kathrine, and Henry Whelan and three great grandchildren, Jack, Owen, and Iven.

In 1968, Mrs. Tolley moved to Roswell, Georgia from Monroe, North Carolina with her husband, Fred Tolley and their three children Debra, David, and Douglas. Janet and Fred were active community members and members of the First Presbyterian Church in Monroe. During the time she lived in Monroe, she starred in two local musical theater productions, as Laurie in “Oklahoma” and Bloody Mary in “South Pacific”. These two roles are emblematic of her complex personality and diverse loves. She will be interred beside her husband and her sons who preceded her in death many years ago.

Mrs. Tolley possessed a gloriously beautiful and clear lyric soprano voice. She was an active member of the Roswell Presbyterian Church where she sang in the choir under the direction of Fletcher Wolfe and engaged in many of the church women’s programs. She participated in the Church’s refugee resettlement program as well as numerous church activities, including formation of the Roswell Child Development Center.

She taught 6th grade at North Roswell Elementary School from 1972 until 1982 when she became  assistant principal position at Holcomb Bridge Middle School. She remained at Holcomb Bridge until the early 1990’s when she transferred to Alpharetta Elementary, retiring from there in 1996.

It is worthwhile to note that Mrs. Tolley was pursuing and continued pursuing degrees in education each time she lost a member of her immediate family. She was finishing her bachelor’s degree when Fred died in 1971, her master’s degree when David died in 1976, and her specialist’s degree when Douglas died in 1980. Mrs. Tolley exemplified the gracious, strong Southern lady with an ultimately unshakable faith in the power of education to uplift on earth and the power of Jesus to guide her life. She knew that when her time came to leave earthly cares, she would be united with her loved ones in heaven.

In 1999, Mrs. Tolley was driving in Virginia enjoying an active, productive retirement when she was struck from behind. This accident left her with several injuries, including an unrecognized traumatic brain injury. Gradually, she became less and less able to care for herself, resulting in several relocations, before finally returning to her daughter’s home where she spent her final weeks.

Music selections today reflect Mrs. Tolley’s artistic passion for beautiful music, secular and religious, and include some of the many solo selections that were part of her repertoire in Monroe and Roswell. Mrs. Tolley was dearly loved and will be sorely missed.

In lieu of flowers, the family requests donations be made to the Roswell Child Development Association, 89 Grove Way, Roswell GA, 30075 or Refugee Resettlement, at Roswell Presbyterian Church, 755 Mimosa Boulevard, Roswell, GA 30075.  Messages of condolence may be shared at www.GeorgiaCremation.com.  The family is being assisted by Georgia Cremation 3570 Buford Highway, Suite 202, Duluth, GA 30096 (678)584-0914.