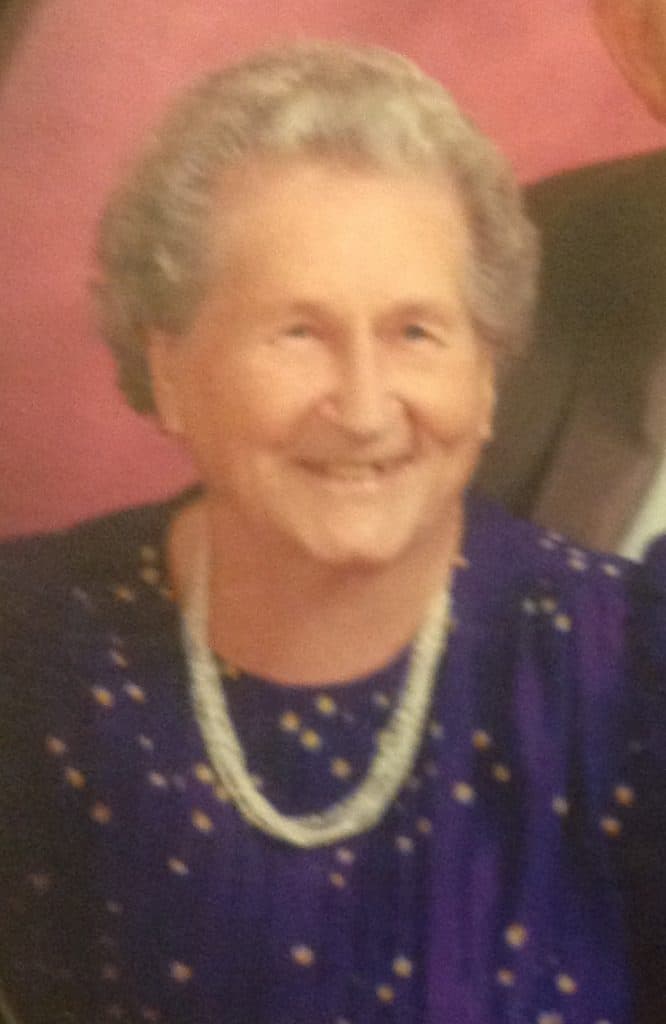 Mrs. Tommie Ruth (Payne) Fowler passed away peacefully at the home of her daughter, Della Elizabeth Mulkey and son-in-law, Danny Mulkey on December 18, 2017 at the age of 102 years and 7 months.

Mrs. Fowler was the daughter of Thomas and Pearl (Haley) Payne, she was born on May 2, 1915 in Hart County, Georgia. She was preceded in death by two sisters and five brothers. Mrs. Fowler was the wife of James Albert Fowler, Sr. They were married for sixty three years. They had three children: James Albert Fowler Jr. (Susan), Della Elizabeth Mulkey (Danny) and Paul Garrett Fowler (Diana). She had 7 grandchildren and 11 great-grandchildren, one great-great-grandson and numerous nieces and nephews. She was a devoted Christian wife and mother, whose hobbies included growing flowers, tending her garden and sewing.

A memorial celebration of her life will be held on Monday, January 15, 2018 at 1:00 PM at Community Bible Church, 2001 Jodeco Road, Stockbridge, GA, 30281. The family will receive visitors at the church after the service.

In lieu of flowers, those desiring may make donations to a charity of their choice in her name.

The Fowler family is being assisted by Georgia Cremation, 1086 Highway 54 West, Fayetteville. Messages of condolence may be left at www.GeorgiaCremation.com.