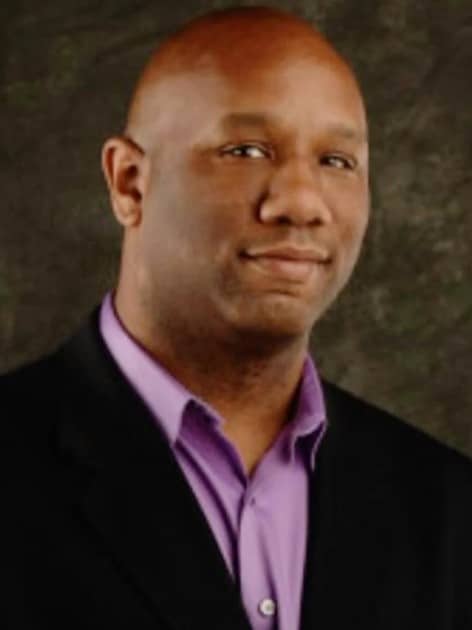 Vaughn McClure, born April 8, 1972 passed peacefully in his home on October 15, 2020. He was the second child and first son to Earlene McClure. After spending his early years on the tough southside of Chicago, IL, he ultimately grew up in the city’s northwest suburbs. It was in the villages of Schaumburg and Hoffman Estates where he built a great childhood developing friends at Robert Frost Middle School and James B. Conant High School where he played on the schools’ basketball teams and contributed to the school publications. He gained a lot of popularity amongst his peers with his infectious smile and charming disposition. He also became a tireless worker in the classroom, the sports arena and even outside of school, working at the local Lexus Dealership as a Porter during his high school years. He always lived a life of integrity and meaning as he sought to faithfully serve his teachers and employers and had an unwavering commitment to his teammates, friends & coworkers.

Vaughn’s education after high school took him to DeKalb, IL to attend Northern Illinois University where he studied Journalism and graduated in 1994. Although he hoped to play basketball for the school as a walk-on he suffered a knee injury which ended those aspirations. He instead poured his efforts into his penchant for sports writing. And again, through hard work and determination he was able to carve out an impressive career at the local paper the DeKalb Daily Chronicle where in 1997 he won the Associated Press’s Editorial Excellence Award and the Annual NIU Journalism Award. That experience gained him the opportunity to cover one of the nation’s most heralded collegiate athletic programs, the Notre Dame Fighting Irish at the South Bend Tribune in South Bend, IN. After a few years there he moved out west to the California valley area to write for the Fresno Bee in Fresno. There he developed his craft even more and that’s when he caught a break outside of collegiate sports and moved into the professional ranks. He moved back to Chicago and worked for two of the country’s largest names in news—first the Chicago Sun Times and then later the Chicago Tribune, and in both stints he covered the NFL’s Chicago Bears. He achieved tremendous local acclaim as a native son 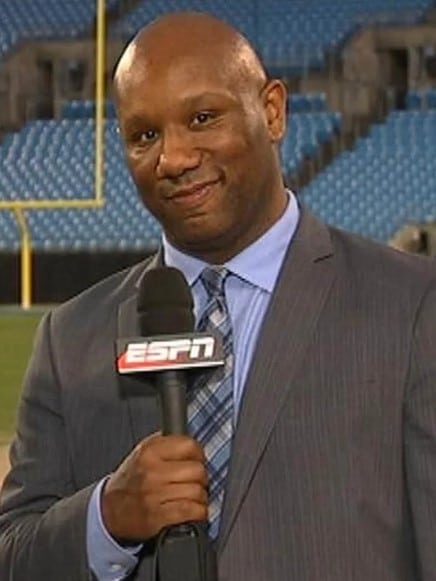 amongst the sportswriters and quickly gained notice nationally. This is when he joined ESPN to cover the NFL at large, and ultimately settled in the Atlanta area as a Beat Writer for the Atlanta Falcons as part of NFL Nation. He covered the team during its run to Super Bowl LI in 2017 and contributed to ESPN’s television and radio coverage of the Falcons and the NFL as well.

Vaughn never married and survived as the last of his immediate family as he was preceded in death by his mother Earlene McClure-Montgomery (2010), his sister Nona McGahan (2006), his brother Mark Montgomery (2008) and just recently, his loving stepfather Theopolis Montgomery (2020).

He is survived by his cousins Flynn Bashford, Elan Bashford and Kris Bashford who will be setting up a memorial scholarship fund in his name at his high school and collegiate alma maters to assist aspiring future journalists and writers achieve even more than what Vaughn himself did.

Memorial services for Vaughn will be held on Saturday, November 7, 2020 at Ahlgrim Funeral Home, 330 W. Golf Rd., Schaumburg, IL. Viewing and remembrance will start at 2 PM with service beginning at 4 PM CST. Donations toward expenses can be given through Go Fund Me website:    Vaughn McClure Memorial Fund