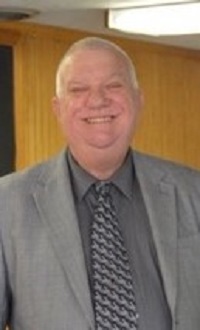 Wade D. Atkins, age 69, of Columbus GA passed away on Saturday, March 2, 2019. Wade was born on April 29, 1949 in Columbus, GA.  His parents were the late Olynn and Velva Atkins. In addition to his parents. he was proceeded in death by his wife, of 40 years, Wanda. He was a graduate from Jordan High School, He also served in the United States Air Force and retired from ADT Security Systems. He was an active member of Lighthouse Baptist Church since 1982, and led the music for over 20 years. Wade also enjoyed playing softball for CSSL. Wade touched the hearts of everyone he met.  He was a caring and devoted Christian husband, father, and friend.

He is survived his sisters, Helen Ware of Alaska, and Rachel Thornton of Columbus.  Surviving children are Shirley (Dave) Beidleman of Arizona, Susan (Henry) Hazzelrigg of LaGrange, Sandy (Roy) Guin of Mississippi, Thomas (Jennifer) McClain of Columbus and Tami (Matt) Ortiz of Smiths Station AL. He is also survived by numerous grandchildren and great-grandchildren.

A memorial service will be held in his honor on Sunday, March 17 at 2:30 pm. It will be held at Lighthouse Baptist Church at 5245 Rodgers Drive in Columbus.  The family extends an invitation to all of Wade’s friends to come and celebrate his life.

In lieu of flowers, the family ask that donations be made to Lighthouse Baptist Church of Columbus.

The Atkins family is being assisted by Georgia Cremation, 7500 Veterans Parkway, Suite A, Columbus, Georgia 31909, 706-577-0055. The family invites you to leave a condolence or share a fond memory of Mr. Atkins below.