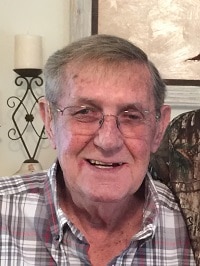 Walter Neal Pruitt was born October 14, 1942 in LaGrange, Georgia to the late Grace Prince Pruitt Adams and Benny Walton Pruitt. Growing up, Walter always showed an interest and knack for mechanical items, which developed into not only a hobby but allowed him to make a living. After high school, Mr. Pruitt joined the United States Army and served his Country with honor. During his military career, he spent over a year stationed in Germany.

Upon his discharge from the military, he began his career and worked as mechanic for Trackmobile in LaGrange. In his spare time, he was passionate about fixing up old cars and tinkering with other mechanical items. He did a lot of swapping and trading for different items over the years. When he was tinkering, Mr. Walter enjoyed spending time in the woods hunting or on the lake with a pole in hand. Mr. Walter was a simple man and enjoyed the small things in life.

The family will hold a Private Memorial Service at a later date.

The Pruitt Family is being assisted by Georgia Cremation, 7500 Veterans Parkway, Suite A, Columbus, Georgia 31909, 706-577-0055, www.georgiacremation.com. The family invites you to leave a condolence or share a fond memory below.