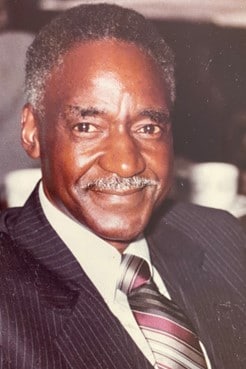 Mr. William Curtis, Sr., age 89 of St. Louis passed from this life on December 2, 2020.  He was born on January 7, 1931, to Albertha and Charles Curtis and was the second of three children which include his two sisters, Charlesetta and Mary Ellen.

He attended Vashon High School and upon graduation enrolled in Philander Smith College where he earned a bachelor’s Degree in Sociology.  Shortly thereafter, he enlisted in the Army where he played his beloved trombone in the Army band.  After his military discharge he worked as a teacher in the Saint Louis City Public School system and had a second career working at the Post Office where he met a special woman.

He continued his education and earned his Master of Education from the University of Missouri. His hard work paid off when he was promoted to a School Administrator and then eventually, a Principal.  Throughout his career he left a legacy with his students that still to this day remember him fondly.  He loved traveling with his wife whether it was for business or to visit friends and family.

He was preceded in death by his beloved wife Iva, his younger sister Mary Ellen, a stepdaughter Billie Jean and one granddaughter, Elish.

We will hold a loving memorial service at a later date.  He would not want his family and friends to risk contracting COVID-19 in order to celebrate his life, love of music and love for the Lord.

In lieu of flowers, the family is requesting that donations be made to the Alzheimer’s Association.