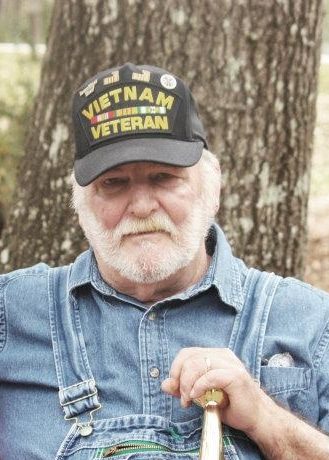 It  is with a sad heart we report that our dad William E Akin passed away on February 23, 2022. He is at peace now with his beloved wife of 59 years Linna Mae Akin and parents and brothers who passed on before him. He is survived by his daughters Inez Morse (Lonnie) and Wanda Query (Rick) and his son Harold L Akin. He is also survived by four grandchildren Joshua Morse (Sheena), Sarah Dredger (Bobby), Kimberly Query and Joel Morse and seven great grandchildren Titus Morse, Easton Morse, Hunter Morse, Kianuwa Morse, Aria Mae Dredger, Jaxon Morse, and Ezekiel Morse.

William E Akin was born March 28, 1943 in San Diego CA. He proudly served in the United States Navy from December of 1960 until August of 1981. He enlisted in the Navy before he graduated high school and served one tour of duty in Vietnam where he almost lost his life when his patrol boat was shot out from under him and his men. Even though he and the others who served in Vietnam came home to boos and jeers, he never wavered in his love and desire to serve his country. Sometimes it seemed he was out to sea more than he was home.

He loved his family without question. I remember the time we as a family got our first chihuahua(s), he got the three of us kids together and told us to go talk our mom (wink, wink, he wanted a puppy) into letting us have one of the puppies, suffice it to say, we came home with two! Even as he was laying in his hospital bed after his stroke, he was asking about his dogs Remi and Lili. It made his day when they came to see him. Daddy is no longer suffering and he is at peace. Those he left behind will surely miss him but we can all rest easy knowing he is happy, pain free and with the wife he loved so dearly. I am not quite sure Grandma will know what to do with him, mama, and Uncle Charles all together again. Daddy as you tell others, Fair Winds and Following Seas as you cross the Bar. From us, Rest High on that Mountain Daddy!

The family is being assisted by Georgia Cremation, 7500 Veterans Parkway, Suite A, Columbus, Georgia 31909. The family invites you to leave a condolence or share a fond memory below.