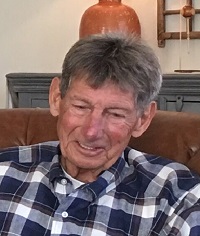 William Joseph Baker, known to most as “Joe,” was born November 9, 1943 in Columbus, Georgia to Effie Mae Fulcher and Jack Elmer Baker. Mr. Baker grew up in Columbus and always had a draw to the military from a young age. After highschool, Joe joined the United States Air Force and served his Country with honor and pride. He served four years with one year overseas in Okinawa, Japan during the Vietnam War. He was discharged from service honorably on December 7, 1966 reaching the rank of Airman First Class (A1C). During his military career, he earned many accommodations and medals including: National Defense Service Medal, Small Arms Expert Markmanship Ribbon, and Air Force Good Conduct Medal. After the military, Mr. Baker drove a delivery truck for Crown Distribution around the Chattahoochee Valley area.

William “Joe” Baker, 75, of Columbus, Georgia passed away on January 5, 2019 at Rivertowne Center after experiencing multiple health complications. He is preceded in death by his parents.

In lieu of flowers, the family requests for memorial contributions to be given to Edgewood Baptist Church’s Meals on Wheels Columbus program or New Testament Christian Church of Phenix City, Alabama.

The Baker Family is being assisted by Georgia Cremation, 7500 Veterans Parkway, Suite A, Columbus, Georgia 31909, 706-577-0055. The family invites you to leave a condolence or share a fond memory of Mr. Baker below.