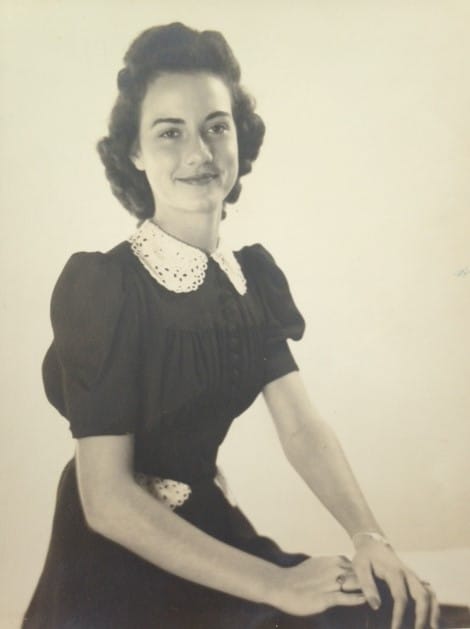 Ms. McCord was born on December 3, 1923 in New Orleans, LA to the late Ambrose and Bertha Champagne. She grew up in New Orleans alongside her brother and two sisters. She attended St. Stephen’s Elementary and High Schools and went on to Soule Business College where she specialized in stenography. She made her career as a stenographer and secretary at a United States Army base until she became a mother and homemaker.

It was in June of 1941 that she married Joseph McCord, an Army Air Corpsman, in New Orleans. The couple moved to Mississippi before Mr. McCord’s deployment during WWII. It was just after the war, in the late 1940’s, that Mr. and Mrs. McCord moved to Hapeville, GA, and raised their family of one son and two daughters.

Ms. McCord was a member of the Travelers Protective Association, which advocated for community safety. During the 1970s she spent her time at TPA social functions and traveled to the group’s annual conventions. Ms. McCord’s other pastimes were crocheting and collecting coins, dolls and jewelry. She had a fondness for cats, particularly her black cat Tina. She was a remarkable homemaker and was known to always keep an immaculate home.

Along with her parents, Ms. McCord was preceded in death by her husband, Joseph McCord, and sisters Lorrain Keller and Bertha Firmin. She is survived by her son and daughter-in-law: Edward and Debbie McCord of Ooltewah, TN; daughters and sons-in-law: Marie and Ronald Reed of Lexington, SC, and Lynda and Fethi Cokuslu of Fayetteville, GA; 6 grandchildren and numerous great-grandchildren; brother and sister-in-law: Rene and Mae Champagne of Luling, LA; sister-in-law: Betty Barnett of Hapeville, GA.

The McCord family would like to express their sincere appreciation to the staff of Christian City Sparks Inn and Southwest Christian Hospice, who provided Ms. McCord which such compassionate care during her final months of life.