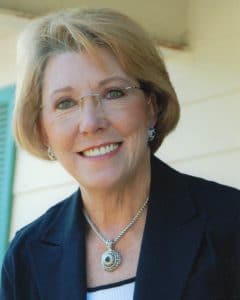 Darlene Danfelt McCarthy, age 73, of Franklin, Georgia formerly from Placida, Florida passed away at Somerby in Peachtree City, Georgia on Monday, September 10, 2018. A celebration of life memorial service will be conducted for Mrs. McCarthy at the First Baptist Church of Franklin on Sunday, October 7, 2018 at 3:00pm in Franklin, Georgia. Mrs. McCarthy was born in Huntingdon County, Pennsylvania, the daughter of the late Paul Cornelius Danfelt and F

lorence Cecelia Summers. She was a graduate of the Maryland Medical Secretarial School and worked in the medical field at Boise Medical Center, Idaho, JLG Industries, Pennsylvania, and Eye Centers of Florida, until retiring to Little Gasparilla Island in Placida, Florida and then to Franklin, Georgia with her late husband, Alexander C. McCarthy. Upon moving to Franklin, she became very active in the community. She contributed her painting and woodworking talents to the First Baptist Church of Franklin to enhance church musicals and children’s events, as well as singing in the choir, leading youth Sunday school classes, and serving as a member of the counting committee. While in Franklin, GA, Mrs. McCarthy was able to continue her lifelong passion of horsemanship, re-establishing and leading as President of the Heard County Saddle Club . She worked tirelessly to create a series of trails behind the Heard County Arena, aptly named by Heard County as the McCarthy Trails. She became an active member of the West Georgia Mounted Search and Rescue, participating in numerous missing person searches with her beloved horses, Banner and Beau. Her affinity for horses began at an early age while working in the family logging business when, at age 4, her job was to ride and direct the draft horses that pulled the logs out of the forests. Mrs. McCarthy’s prized personal accomplishments include completing the Parelli horsemanship training courses, participating in American Competitive Trail Horse events, travelling with Tom Seay in his televised series, Best of America by Horseback, riding in the 190 mile Alabama Wagon Train, and organizing horse-camping trips and trail rides with her friends and fellow riders. Always one for adventure, her other interests include skiing, scuba diving, soaring, race car driving, dog sledding, and travelling. She was a beloved wife and devoted mother. She will be profoundly missed.

She is survived by her daughter, Ms. Valerie D. Crouse of Newnan, GA. In lieu of flowers, donations may be made to the Georgia Equine Rescue League.

The McCarthy family is being assisted by Georgia Cremation, 1086 Hwy. 54 West, Fayetteville, Ga., www.georgiacremation.com. The family invites you to leave condolences or to share fond memories below.