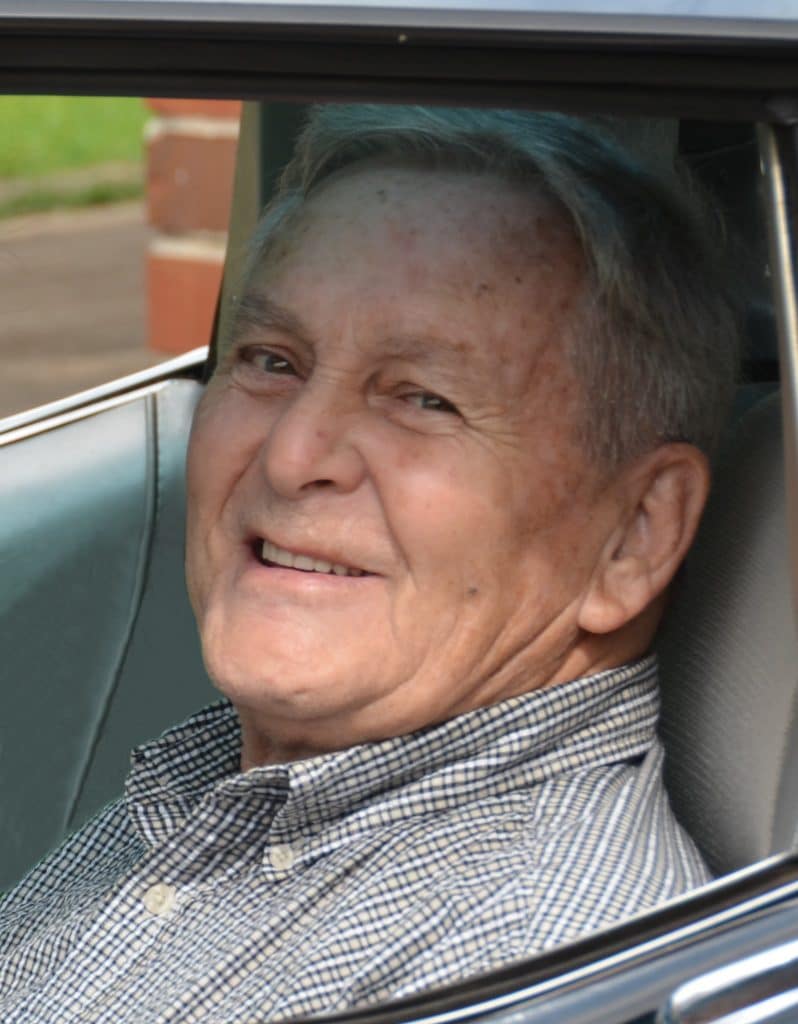 Tubby was born in Belle, WV on December 10, 1936 to Ovid and Hazel Fink. His avid hobby was building engines and racing Corvettes and 1957 Chevrolets. After graduation from high school, he entered Georgia Tech where he majored in mechanical engineering. He left Tech and married Patricia Mitchell. They had two children, Bryan and Julie.

After leaving Tech, he became a draftsman and later a trim carpenter. He always loved working with his hands and tinkering with cars. He could fix just about anything. He also loved to hunt and fish. He owned a place on High Falls Lake where he and Karyn, his longtime partner of 44 years, spent many hours just watching the water, listening to music and visiting friends who also had houses on the lake.

At parties, Tubby was a sought after dance partner. He loved the Bee Gees and disco music. At his 50th birthday party, the ladies had dance cards to dance with him to a favorite song. He spent the night dancing away and had the time of his life.

His children fondly remember trips to the Bahamas and Vail, Colorado. They spent many hours on Lake Norman in North Carolina and Lake Lanier in Georgia where he taught them to water ski.

During the winter months, he would take them to ski resorts in North Carolina. He always said he envied Bryan’s skiing skills and wished he could have been as good. Julie recalls asking if he could put a steering wheel on her bicycle and of course he could and did! He was a wonderful dad.

Tubby was also a dog lover. He had 4 dogs that he adored— Tonka, Chrissy(a Yorkie mix), Katie (a Cairn terrier) and Trixie (a terrier mix) that was rescued from the Humane Society. He loved to play “London bridge” with Katie and every morning he and Trixie played “Trixie Tricks” at breakfast for her treats.

Summer, Ginger and Major remember “dragging” Paw Paw to the park where they played on the swing set. They enjoyed coming to Georgia to visit PawPaw. Paw Paw also visited Charlotte where they all explored the NASCAR Hall of Fame. He loved that trip.

He will be greatly missed by Karyn, his children, 6 grandchildren and loyal friends.

The Fink family is being assisted by Georgia Cremation, 1086 Hwy 54 West, Fayetteville. Messages of condolence may be left at www.GeorgiaCremation.com.